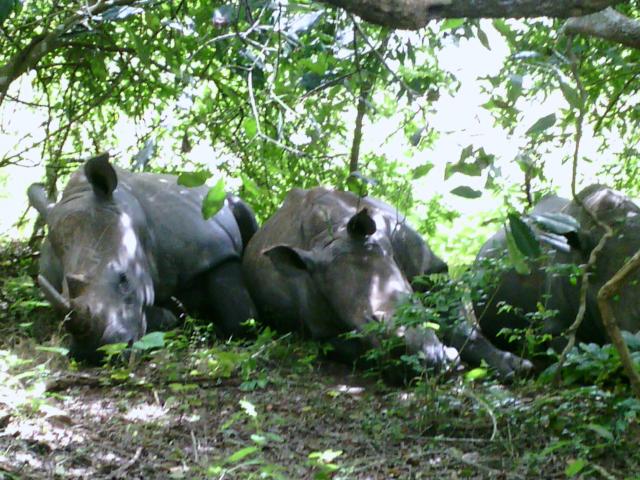 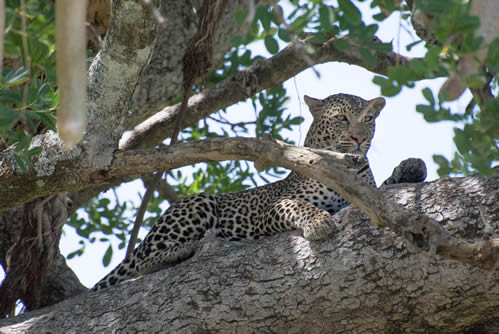 Ajai Wildlife Reserve is found in north-eastern Uganda (Arua District) on the western banks of the Nile. The reserve gained world attention when Theodore Roosevelt, a former American president visited in 1910 on a hunting expedition.

Ajai Wildlife reserve is located in an area with higher elevation but is relatively small (166 sq km). The reserve is characterized by a prominent island that is surrounded by Savannah and swamps. This seasonal swamp is fed by the river Acha and Ala.

During the rainy season, the swamp gets completely flooded cutting off the island from the outside world. This explains why animals continue to survive within the Island close a growing human population.

During the colonial times, the reserve started as a sanctuary and was left under the protection of a very powerful local chief called Ajai.  Ajai declared the area a protected zone in 1937 and introduced tough measures to stop poaching and encroachment on the island. After his death in 1965 the sanctuary was upgraded to a game Reserve with the main purpose of protecting Rhinos. 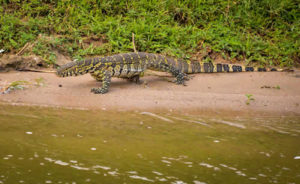 What happened to the Rhinos in Ajai Wildlife Reserve?

Both black and white Rhinos roamed Uganda’s wilderness in great numbers. When Ajai took charge of managing the Sanctuary on behalf of the colonial government, about 80% of Uganda’s Rhino population called the reserve home at some point.

After independence, more and more people encroached on the reserve for grazing and farming. As the human population surrounding the reserve increased, poachers hunted down animals in the reserve for food. They turned on the when they discovered the value of Rhino horns. 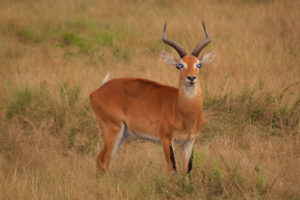 The problems for Rhinos in Ajai started when poaching from South Sudan spread to Uganda. Rhino horns were valuable and a network of buyers were available who could pay handsomely for them.

Rhinos were easy to poach given that they do not look out for danger like other larger animals. Approaching the Rhinos was so easy for the poachers and within only a few years, there numbers had rescued drastically attracting the attention of conservationists around the word.  Second major reason for increased poaching and as already noted was the growing human populations that started putting pressure on the once remote reserve.

Matters were made worse when the road conditions to the reserve improved. Managing the park and controlling poaching became very difficult with so many humans no living so close to the reserve.

The World Wildlife Fund put up an office within the reserve to contain poaching by engaging with communities and even offering incentives. This did was not enough to stop the extinction of the White Rhinos.

By 1970’s the overall population of white Rhinos in the reserve and Uganda as a whole had reduced drastically. When Idi Amin was being removed from power by Tanzanian troops, his unruly and errant soldiers hunted down the last Rhinos for their horns.

The Rhino numbers reduced to unprecedented levels.  The last Rhinos were removed away from Ajai Wildlife Reserve and taken to the Ziwa Rhino Sanctuary and a wildlife Ranch in Nakasongola under the close watch of the government and partners.

Challenges and the way forward for Ajai Game Reserve

As already noted early, the human population around the Ajai Game reserve has kept increasing leading to encroachments on reserve land.

Poaching for animals still exists but on a small scale. A new arrangement for managing the reserve was agreed between the Uganda Wildlife Authority and Uganda Wildlife Safaris (a tour company).

In this new agreement, Uganda Wildlife safaris has the mandate to develop the reserve into a top tourist destination by setting up quality accommodation facilities, roads, trails and an airstrip.

Things have been slow and not gone according to plan. One of the reasons for the delay in developing the reserve into a more attractive destination is the delay in restocking it with Rhinos as had been planned.

The exercise requires significant financial investments and good leadership. Moreover, security for the Rhinos and other wildlife needs to be guaranteed.

It is estimated that about $10 million is need to put up an electric fence around the reserve that would stop the animals from encroaching on human farms. The delay in bringing back the Rhinos has affecting tourism in the reserve and led to the loss of the necessary support from the local communities and their leaders. 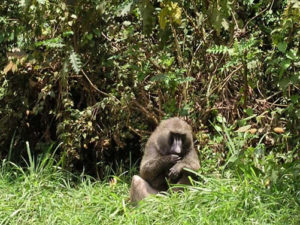 The communities living close to the reserve and their leaders believe that if Rhinos were reintroduced by the government, it would restore the prestige of the area and attract more tourists with associated benefits.

The residents do not value the wildlife currently in the reserve because they don’ t attract enough tourists.

Some are even saying that if the government cannot bring back the Rhinos, then it’s better to use the reserve for farming.

However, the Uganda Wildlife Authority is taking its time to re-introduce the Rhinos for fear that poachers may put their lives in danger.

They have not forgotten what some members of the community living near the reserve did to the Rhinos in the past. There is a need to first secure the reserve before bringing the Rhinos back. 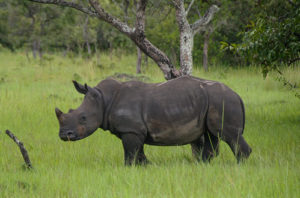 As stakeholders wait for government action in regard to restocking the reserve with Rhinos, sport hunting is thriving with other species like Sitatunga, the Uganda Kob, Water bucks and other antelopes the target for hunters.

Re-introducing white Rhinos while demonstrate Uganda’s seriousness about wildlife conservation for posterity. By reintroducing the Rhinos in the reserve, it will also indirectly lead to the conservation of other threatened species in the reserve. Some 22 square kilometers of land in the reserve land was recently turned into a refugee settlement and the rest given out because of the growing population.