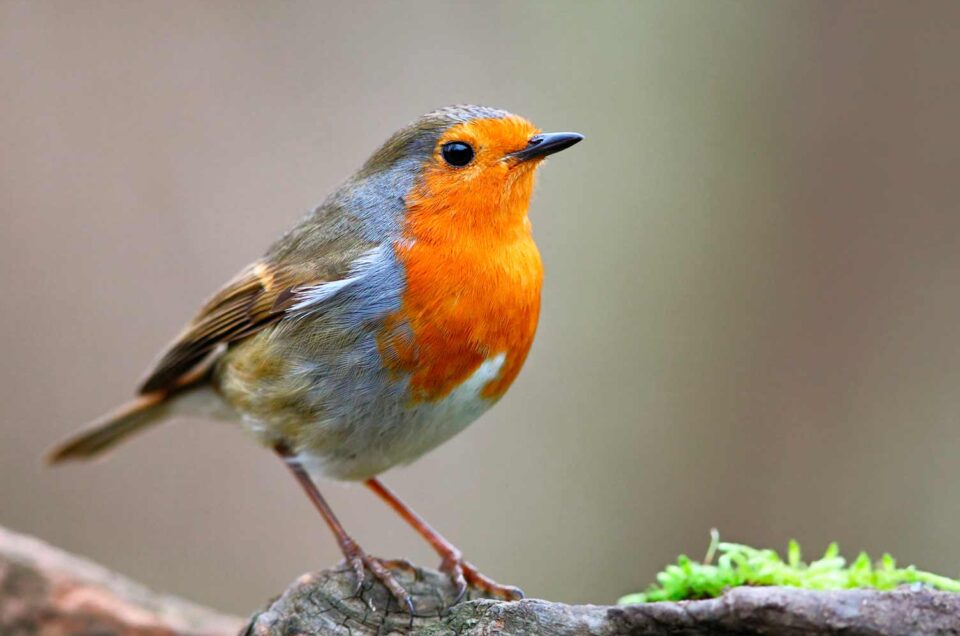 Uganda birding offers a feast of rare and colourful species, and the chance to improve dramatically on your species life list. More than 1,065 bird species inhabit a range of habitats – from montane forests to wetlands, agricultural lands, lakes and savannahs.

Uganda is on the equator, and the endemic species-rich Albertine Rift valley separates the west of the country from DR Congo and Rwanda, so expect impressive biodiversity.

In no particular order, here are arguably the best birding spots in Uganda:

Mabamba Swamp is one of the best places to catch a glimpse of the highly-prized shoe bill. Lake Victoria is the largest freshwater body in Africa and is home to about 260 bird species.

Bwindi is the heart and soul of Ugandan birding, the make-and-breaker of bird lists and the home of many endemic and rare bird species. This forested heaven boasts about 350 species, including 23 Albertine Rift endemics of which 14 are not recorded anywhere else in Uganda.

Scan snags and canopy contours for sooty flycatcher and forest starlings – including Waller’s, Stuhlmann’s and narrow-tailed.

Away from the indigenous forests, amongst pioneer vegetation fringing the tea estates you can strike it lucky with the highly sought-after dusky twinspot, yellow-bellied, Kandt’s and black-crowned waxbills, streaky and thick-billed seedeaters, western citril and yellow-crowned canary, noisy Chubb’s cisticola, alert Mackinnon’s shrikes, and with luck marvel at a sigh of the striking Doherty’s bushshrike.

Ruhija is your next hotspot in Bwindi, and although the walk down to Mubwindi Swamp is not for the faint-hearted, this is an obligate pilgrimage for the serious birder, since it is down there that resides the MOST coveted of Bwindi’s Albertine Rift endemics …. the rare and localised Grauer’s broadbill, one of Africa’s most sought-after birds.

This globally threatened species is only known from two sites in the world, the other being a remote forest in eastern DR Congo.

As the sun sets, Ruhija offers your best-bet Rwenzori Nightjar, African wood owl, and if you are exceptionally fortunate, the rare Fraser’s eagle-owl.

Murchison Falls is Uganda’s oldest and largest national park, named after the mighty waterfall of the same name – formed as the mighty Nile River is forced through a 7-metre gap in the rocks.

The park is home to about 450 bird species, and birding can be done on a game drive, via a boat trip (on the Nile) or a nature walk. Habitat types include forest, swamp, riverine woodland, palm savannah and acacia-dotted plains.

There is plenty of open palm savannah, which is an excellent haunt for Abyssinian ground-hornbill, Senegal lapwing, Shelley’s rufous sparrow and the strange-looking piapiac.

The Nile delta is of course home to the near-mythical shoe bill stork. Night drives can produce a plethora of species such as pennant-winged and standard-winged nightjar and grayish eagle-owl.

Queen Elizabeth National Park is a birdwatcher’s haven, with about 600 bird species across a variety of habitats – from sprawling savannah to dense forest, lakes and wetlands.

And along the banks of the Kasinga channel, you can expect grey crowned-crane, hamerkop, African jacana, flocks of African skimmer, gull-billed tern, as well as grey-headed and lesser black-backed gulls.

Mgahinga Gorilla National Park is home to about 180 bird species, including some of the spectacular Albertine Rift endemics. It is located in the southern part of Uganda, bordering Rwanda and DR Congo and comprises dense highland forest on the slopes of 3 extinct volcanoes. Mgahinga offers excellent bird viewing opportunities along the gorge trail, bamboo trail and farm/community trail.

Semuliki National Park, in the Albertine Rift Valley of western Uganda, has about 440 species in its riverine, forest and grasslands avian habitats. It hosts Guinea-Congo biome species in its lowland forest.

Kibale Forest is a prime birding spot with about 375 bird species, including six Albertine Rift endemics. It is an excellent birding spot with habitats ranging from wet and dry tropical forest to woodland and savannah.

The number one sought-after bird in the Kibale Forest is the green-breasted pitta. This “mega” has recently become available, though finding it still takes a good measure of luck.

The Bigodi Wetland Sanctuary within the park is a great haunt for specials such as speckled tinkerbird, speckle-breasted woodpecker, white-spotted flufftail, snowy-crowned robin-chat, Bocage’s bushshrike, and western nicator. Nearby patches of papyrus support the shy and cautious white-winged swamp-warbler.

The Rwenzori Mountains in Uganda are home to about 220 bird species, including 19 Albertine Rift endemics, with habitat ranging from high elevation forest and open montane grasslands, to peat bogs, snowfields and glaciers.

Birding is one of the major activities in Lake Mburo National Park, and the best spots for birding are near the lake swamps at Warukiri and Rwonyo.  Other habitats include dry hillsides, rocky outcrops and dense savannah.

There are a few very localised species in Uganda which only occur in Mburo, and topping that list are red-faced barbet, Tabora cisticola, green-capped eremomela, golden-tailed woodpecker, spot-flanked barbet, and grey penduline tit.

Small numbers of the migratory brown-chested plover are regularly observed in the grasslands that access the park, in addition to the impressive Abyssinian ground-hornbill. Night drives may reveal African scops owl, marsh owl, Verreaux’s eagle owl, swamp and pennant-winged nightjars.

Budongo Forest has two main sections – Kaniyo Pabidi (Murchison Falls National Park), and the Royal Mile and Busingiro areas found south of Murchison. It lies at the edge of the Albertine Rift valley, protecting the most extensive natural forest area in East Africa.

Budongo is home to about 360 bird species. At Royal mile look out for the elusive and skulking Nahan’s francolin, the fleeting Cassin’s spinetail, and the dainty chestnut-capped flycatcher. Also search for the stunning chocolate-backed, blue-breasted and African dwarf kingfishers.

The forest is full of illadopses and alethes, and the diversity of greenbuls here is simply incredible. But for those who don’t fancy cryptic birds, there are plenty of more colourful species such as the white-thighed hornbill and black bee-eater. Other species include Cassin’s hawk-eagle, Ituri batis, black-collared lovebird and brown twinspot.