What Makes Uganda a Unique Destination? 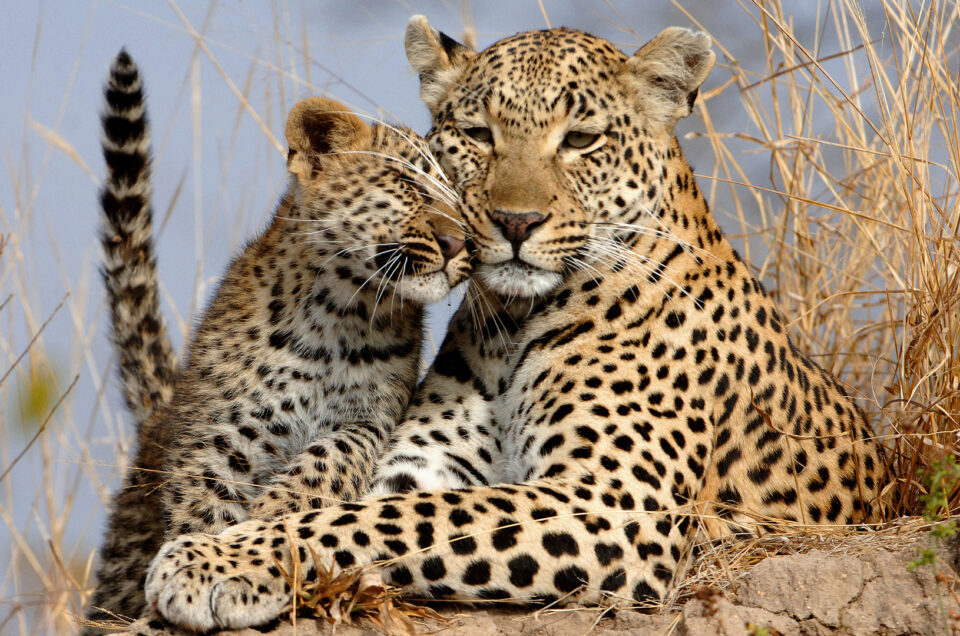 What makes Uganda a unique safari destination is that it’s got the cultural richness, all the savannah wild game, the primates in its pristine rain forest jungles (especially the more than half of the world’s mountain gorillas), the avian richness, mountains, and the striking landscapes all packed in its tiny ness.

The destination boasts of harboring an impressive number of vertebrates and other species not anywhere else in East and Southern Africa. Also, the accessibility of its significant forests by comparison to those in west Africa makes it an unbeatable destination for viewing African forest creatures — from mountain gorillas and chimpanzees to a colorful array of butterflies and birds — in their natural habitats.

What most distinguishes Uganda from any other Africa safari destination is simply its relatively high proportion of closed-canopy forest. The dense growth embraces Afro-montane forests such as that found on Mount Elgon, which has strong similarities to similar habitats on Mount Kilimanjaro, Mount Kenya, and Semliki National Park—an easterly extension of the lowland rain forest that blankets the Congolese Basin and West Africa.

Here are five things that Uganda a unique safari destination

When it comes to more conventional game viewing, Uganda is not an Africa safari destination to bear comparison with Tanzania or Kenya, or for that matter the majority of countries in southern Africa. It is too small to have any reserves on the grand scale of Tanzania’s Selous or Serengeti, or the Luangwa, Chobe, Hwange, and Kruger national parks further south.

Nevertheless, Uganda’s savanna reserves have gradually recovered from the heavy poaching during the 70s and 80’s civil war and political unrest. Today, Queen Elizabeth and Murchison Falls national parks offer as good a chance of encountering perennial Africa safari favorites such as lion, elephant, buffalo, giraffe, and even leopard as many more celebrated game reserves — with the added bonus of relying on a circuit that also offers some of the best forest primate viewing in Africa.

For leisure travelers on a limited budget, these two parks are also among the most accessible and affordable, comparably worthwhile savanna reserves anywhere in Africa.

On the plus side, the tininess and obscurity from high numbers of tourists make Uganda a unique destination and a magnet to savvy travelers.

Seven out of ten travelers that visit Uganda come to see primates. What makes Uganda a unique destination is that you can easily include a primate excursion on any Uganda safari itinerary. Uganda also offers more profound primate viewing experiences than any other destination in Africa

Uganda’s impressive list of primates includes thirteen diurnal and six nocturnal species, with the highest concentration of primates on the continent. The list includes the mountain gorilla and chimpanzee which take the biggest share of Uganda’s wildlife tourism sources.

The best place to see primates in Uganda is Kibale National Park. Kibale Forest harbors 13 primate species, and the chimpanzee troops get the most attention. From Kanyancu, chimpanzee tracking excursion head out every morning and afternoon for a permit of USD 150 per person. Guests can see other small primates on a nature walk through Bigodi swamps located on the park’s eastern border, along the Kamwenge highway.

Another primate destination in Uganda famous for tourists is Bwindi Impenetrable National Park, where guests see habituated mountain gorillas in close proximity. Bwindi offers four trailheads, more than any other gorilla destination, where you can base gorilla trekking excursions. It also offers the unique gorilla habituation experience where travelers can spend more than the regular time with a gorilla family that’s not fully habituated.

A striking feature of the Ugandan landscape, except for the semi-desert and dry acacia woodland of the far north, is its relatively moist climate. A high precipitation level makes the countryside greener and more fertile than elsewhere in East Africa. At the same time, lakes, rivers, and other wetland habitats account for almost 25% of the country’s surface area.

The most extensive freshwater bodies that lie within Uganda or along its borders are, in descending order, lakes Victoria, Albert, Kyoga, Edward, Kwania and George. Lesser expanses include Lake Wamala near Mityana, lakes Bunyonyi and Mutanda in Kigezi, lakes Bisina and Opeta in the east, and almost 100 small crater lakes dotted around the Rwenzori foothills

Although most of Uganda is topographically relatively undramatic — essentially an undulating plateau perched at altitudes of 1,000-1,200 meters between the eastern and western arms of the Rift Valley — it is bordered by some of the continent’s most impressive mountains. Foremost among these are the Rwenzori Mountains, which follow the Congolese border and are topped by the third-highest point in Africa, the 5,109m Margherita Peak on Mount Stanley.

Rising in solitude from the surrounding plains, these high mountains all support isolated micro-habitats of forest and high grassland. The higher reaches of the Rwenzori, Elgon, and to a lesser extent the Virungas, are covered in Afro-alpine moorland, a fascinating and somewhat other-worldly habitat noted for gigantism among plants such as lobelias, heather, groundsel, as well as habitat-specific creatures such as the dazzling scarlet-tufted malachite sunbird.

Uganda puts any bird watching enthusiast in the center of an excessive number of bird species, making Uganda a unique destination for keen bird-watchers and wildlife enthusiasts. Uganda not only has an unusually high number of bird species recorded within its borders (over 1060) but also offers easy access to several bird-rich habitats that are difficult to reach elsewhere.

Of particular interest to birdwatchers are the half-dozen species associated exclusively with papyrus swamps — most notably the exquisite papyrus gonolek and eagerly sought-after shoebill, the latter seen more easily in Uganda than anywhere else.

The rainforests of western Uganda must be seen as the country’s most important bird habitats and of most significant interest to birdwatchers, mainly if they are already reasonably familiar with typical east African birds. The most alluring forest in terms of localized species is probably Semliki, closely rivaled by Budongo, Kibale, and Bwindi Impenetrable Forest.

However, in practical terms, Kibale Forest is probably Uganda’s best single stop for forest birds because of the guides who take tourists into the forest and the nearby Magombe Swamp—located in Bigodi wetland right outside Kibale National Park.

That said, just about any forest in Uganda will be a rewarding birding spot; even the relatively tame botanical garden in Entebbe will throw up several interesting species. You would probably identify more bird species in ten minutes walk in the suburbs of Entebbe than you would in an afternoon walking through the Semliki Forest.

5. Uganda is Great for Private Safari

What makes Uganda a unique destination to a savvy traveler is that its tourist numbers are still small and tolerable compared to its famous giant safari neighbors. There’s a high chance that you could be the only tourist at a safari camp or taking a game drive in the entire national park.

Most Uganda safari trips out of Entebbe are privately organized by tour operators, offering travelers a bundle of choices to customize a trip itinerary to their travel styles. It most Uganda, out of most African destinations, that offers this unique type of safari planning. Operators offer few group trips.

Let’s help you connect with a trusted local safari operator in Uganda that will understand your travel lust and match it with service provision. Uganda is a unique destination and requires a unique approach to planning a successful holiday journey. When you send us an email at info@azas-safarisuganda.com, a selected safari operator will answer your email and kick off the planning process immediately. Go on, try it!