Why Uganda is the pearl of Africa 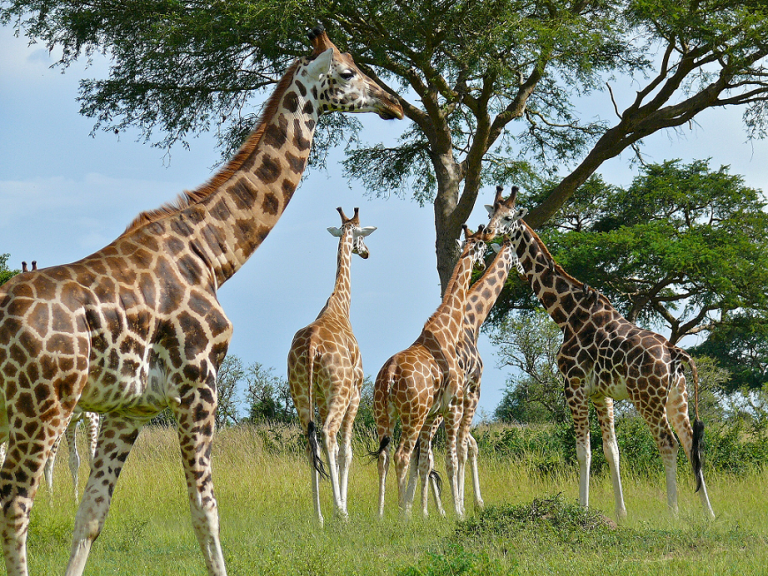 Uganda is located in East Africa along the Equator and it is one of the leading tourist destinations in Africa due to her stunning natural and wildlife beauty. Uganda’s landscape is hugely influenced by the larger geographical area in which she is located.

Uganda’s geography in the west and southwest is determined by the western arm of the great Rift Valley. It is responsible for the formation amazing features like volcanic and block mountains, crater lakes, stalagmites, hot springs, lakes – Edward, Albert and George, among others which are very common in this part of the country.

Some of the notable features include Mount Rwenzori, third-highest mountain in Africa, Mufumbiro mountain ranges, Lake Bunyonyi, among others. The south, central, east and part of the north of Uganda lie within the greater Lake Victoria basin.

This is responsible for the formation of features like thick forests like Mabira, Lake Victoria, the second-largest fresh-water lake in the world, River Nile which originates from the lake and flows northwards to the Mediterranean through Sudan, Ethiopia and Egypt to become longest river in the world, the central plateau, among others.

Uganda’s fauna and flora is very rich and diverse. Most of Uganda’s wildlife treasures are well protected in the country’s 10 national parks and 13 wildlife reserves.

Wildlife in Uganda includes half of the world’s mountain gorillas, over 300 mammal species including big five African mammals, 13 species of primates including chimpanzees and over 1060 species of birds which represent 10% of Africa’s bird total bird count.

There are also over 1200 butterfly species in Uganda, reptiles found in Uganda range from three horned chameleon, snakes like African rock python to Nile crocodiles.

It is this rich biodiversity that compelled 19th century travellers including former British Prime Minister Sir Winston Churchill who called Uganda the Pearl of Africa in his masterpiece “My African Journey” after visiting the country in 1902.

Over a century ago, Uganda has seen rapid development of urban areas which have slightly reduced its natural forest cover. However, urban centres like the capital Kampala provide a landscape for business to thrive, social and cultural interaction for travelers on Uganda safari.

Visitors visiting Uganda start or end their safari in Kampala city Entebbe town with Entebbe international airport before heading to the national parks.

Looking for nature and wildlife, head to the Uganda national parks. Some of the adventure and wildlife activities to in Uganda include gorilla tours, bird watching, game drives, boat safaris, white water rafting on the Nile river, canoeing, mountain climbing and hiking, community visits etc.

Among the many activities for visitors to do on Uganda safari include exploring the country’s beautiful natural landscapes.

Beautiful Places to Visit in Uganda

Here is a list of Uganda’s most beautiful and breathtaking landscapes for visitors looking for nature, wildlife, scenery and culture.

Savannah parks and Wildlife in Uganda

These parks are found in the Albertine rift valley but each is unique with unique landscape and wildlife and people.

For instance Tree climbing lions are only found in Ishasha wilderness which is part of the great African rift valley in Queen Elizabeth National Park. This park has no giraffes and zebras but has topi. Giraffes in western Uganda are only found in Murchison falls.

who look much like the San Bushmen in Botswana are only in Kidepo Valley National Park and Pian Upe Wildlife Reserve.

The wildlife, semi-arid landscapes and dry mountains combined with culture make Kidepo valley extraordinary destination. In fact, Kidepo has been voted several times as one of the best African parks by national geographic.

Looking for walking safaris such as the one in Zambia, visit Lake Mburo National Park. This is Uganda’s smallest savannah park and the only place to see plains zebras in western Uganda.

Major mountains in Uganda include the snow capped Rwenzori ranges with Margarita peak (5109 m) the highest point in Uganda. Mount Elgon in the east with its Wagagai peak (4,235 m) is the second tallest mountain in Uganda and 4th in Africa.

Uganda is also known for its Virunga Mountains, a chain of 8 volcanoes that stretch across the borders of Uganda, Rwanda and Democratic Republic of Congo.

In the northeastern part of Uganda known as Karamoja region are the seim-arid landscapes which are the opposite example of southwestern Uganda.

Murungole, Mt. Kadam and Mt. Moroto. These landscapes are some of the most beautiful to photography and also enjoy wildlife safari and cultural tour with nomadic pastoralists and Bushmen; the Karamojong and Ik tribes respectively.

The park is one of the best mountain climbing destinations. Hiking to the summit of Rwenzori takes about 8 to 12 days and takes you through five distinctive vegetation zones namely;

Hiking through these vegetation zones exposes you to beautiful landscapes as sceneries hard to find in other parts of Africa as well as wildlife species such as three horned chameleon, Rwenzori nightjar, Rwenzori leopard, and Rwenzori duiker.

If you love to see gorillas and golden monkeys and also enjoy scenery of the greater Virunga landscape, visiting Mgahinga Gorilla National Park is the best option.

Lakes and Islands of Uganda

Besides being the largest lakes, the most spectacular to visit include Lake Victoria, Lake Bunyonyi and Lake Mutanda.

Lake Victoria is shared between Uganda, Kenya and Tanzania. In Uganda’s share of Lake Victoria are the Sesse islands a group of 84 islands with tropical beaches located 45 minutes by ferry and boat ride from Entebbe town.

In southwestern Uganda known as Kigezi highlands lies Lake Bunyonyi with a depth of 40 to 900 meters, it’s the second deepest lake in Africa after Lake Tanganyika in Tanzania.

The lake has about 19 islands surrounded by terraced rolling highlands which create beautiful landscape similar to the Alps of Switzerland. Kigezi hills are nicknamed as Switzerland of Africa for that matter.

Stunning view of Lake Bunyonyi and its 19 islands is best had by hiking to surrounding hills and stay at some of the accommodations on the lakeside. There are a number of activities to do for a better view and experience the culture of the Bakiga and BaTwa pygmies.

bird watching on Lake Bunyonyi is great because the word Bunyonyi means a place of many little birds. There about 200 species of birds most of which can be spotted on the lakes 19 islands.

Some of the historical islands on Lake Bunyonyi include Punishment Island. Also known as Akampane, Punishment Island was used as a place to dump girls who would get pregnant before marriage.

Because it was a taboo and considered unholy, many girls were dumped there, some starved and died leaving human remains like bones which are still seen during the visit to the island.

Lake Albert is also a great spot for bird watching. Boat rides take visitors to search for the shoebill stork. Boat excursions on Lake Albert are done when in Semuliki national Park.

Kibale forest national park is known as primate capital of the world because its home to 13 species of primates including a population of over 1400 chimpanzees.

The park’s main activity is chimpanzee trekking which offers visitors a chance to see chimpanzees for 1 hour in their natural habitat. Seeing chimps is great but to be able to photography all the 13 species of primates is a true natural challenge.

Waterfalls and Rocks in Uganda

These waterfalls are not only beautiful but also represent the culture of the people and places where they are found.

Sezibwa falls are a cultural site of Buganda kingdom with a myth of Twin Rivers that were birthed by a woman according to local folklore. Sezibwa falls are located in Mukono district, 20 km off the Kampala-Jinja highway.

Sezibwa falls can be visited for those traveling to or coming from Jinja city.

Sipi falls is the tallest waterfall in Uganda at 100 feet long. The plummeting waters still have famously become the most captivating site in Uganda.

The area around Sipi falls has rich fertile soils suitable for coffee growing on the slopes of Mount Elgon, Uganda’s second tallest mountain after Rwenzori Mountains.

Visitors to Sipi falls can enjoy abseiling down the cliff on the waterfalls, hiking, mountain climbing, mountain biking and rock climbing, coffee and cultural tours with Bagisu like Imbalu cultural experience.

Named after Rodriquez Murchison, the president of the Royal Geographical Society of Britain who visited Uganda in the 19th century, Kabalega falls are the strongest point on the world’s longest river – the Nile River.

Murchison falls are created as all the waters that come from Lake Victoria pass through a small gorge at the Bunyoro escarpments.

The Nile river squeezes through a narrow gorge and plunge off a 40-meter cliff down into the gorge known as the devil’s cauldron where the river re-assembles after its double decent.

The enormousness amount of water creates a trademark rainbow. Visitors who hike to the top of the falls where view is most stunning moderately gets wet from the mist created by the falls.