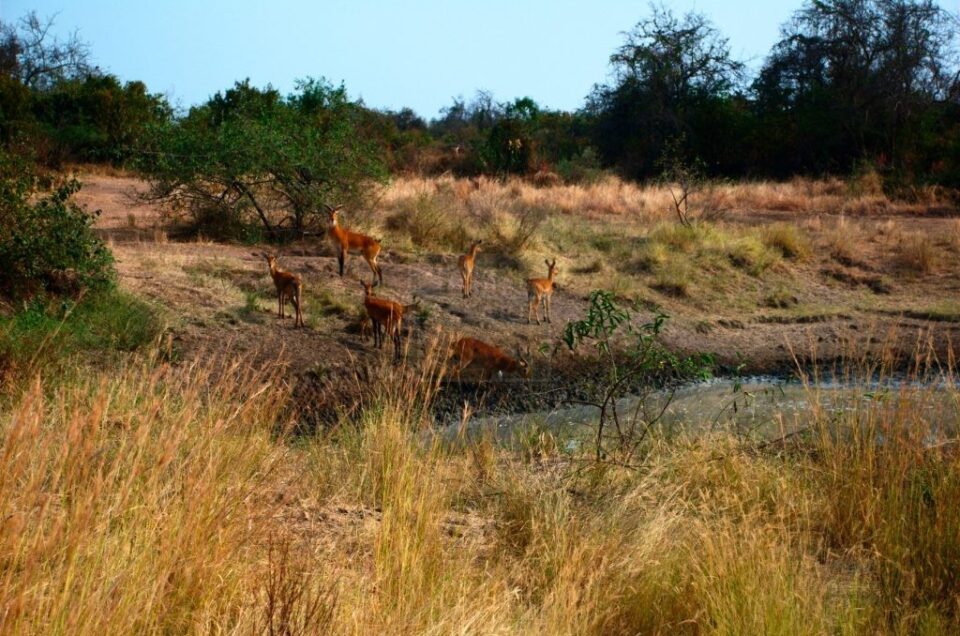 Kabwoya Wildlife reserve is a hidden gem situated within the Western side of the Albertine Rift Valley between the breathtaking Blue Mountains of the Congo and Lake Albert and covers an area of 87 square miles. It is characterized by remote savannah plains along Lake Albert and tourists can enjoy the striking views of Lake Albert and the magnificent Blue mountains of DRC.

This Wildlife reserve was gazetted in 1980 and became a wildlife Reserve in 2002 but till today, few people know about it.

Prior to being gazzeted especially in the 1960’s Kabwoya Wildlife Reserve used to be a controlled hunting ground and used to home numerous wildlife species but were eventually wiped out due to the high rate of poaching.

Then the area became a grazing ground for the Cattle herders who used to take their animals into the Reserve thereby driving away even the few wildlife that were left.

With the introduction/translocation of more animals into the Reserve, it is increasingly becoming a wildlife Paradise and some of the species likely to be encountered include Buffaloes, primates such as Baboons common along the Cliffs.

Black and white Colobus monkeys, Chimpanzees and the Vervet monkeys mainly around the shores of River Wamababya and Hoywa, Antelopes such as Uganda Kobs, waterbucks, Bush bucks, bush duikers, Jackson’s hartebeests and Impalas among others, Hippos within Lake Albert.

There are also over 460 bird species that call Kabwoya Wildlife reserve home. This Reserve does not only boast of its wildlife species and bird species but also the breathtaking scenery which makes the place a mini heaven/paradise.

Are you willing to go off the beaten track to explore more extraordinary wildlife and nature experience between Murchison Falls National park and Kibale Forest National Park?, then visit Kabwoya Wildlife Reserve where you will enjoy some of the most magnificent views.

Fishing within Kabwoya Wildlife Reserve is conducted from Lake Albert where tourists can be able to catch different sizes of the Nile Perch. Half day or full-day fishing adventures using motorboats can be organized for tourists. Only a maximum of three anglers are allowed in each boat for safety reasons.

Fossil hunting is one of the most important and interesting activities that allows tourists to hunt for fossils that have existed for generations.

This is a must-do activity for tourists who are interested in exercising while at the same time view different wildlife species within Kabwoya Wildlife reserve.

The savannah plains of the Reserve offer magnificent biking trails where participants can ride through easily.

Kabwoya Wildlife Reserve is an important birding area because it is a home to over 460 species of birds including the Albertine Rift endemic bird species. You will need a cameras and binoculars for an ultimate birding experience.

The most recommended time is early morning or sunset where variety of wildlife such as buffaloes, duikers, warthogs and Uganda Kobs and can be sighted.

Nature walks are a must do for most tourists who visit Kabwoya Wildlife Reserve.

The most interesting is when the nature walks are conducted from the Albertine Rift escarpment that rewards tourists with the breathtaking views of several antelope species, warthogs, primates and bird species among others.