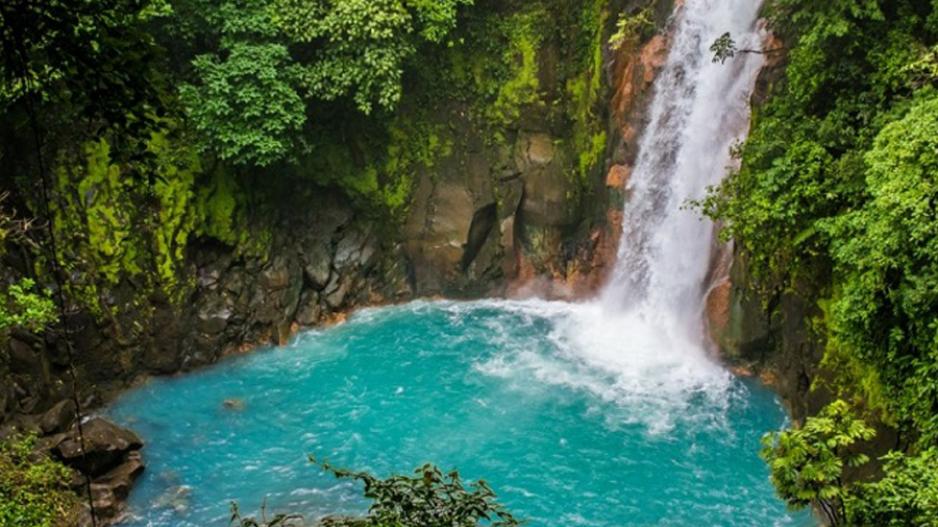 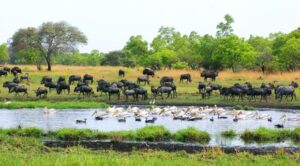 About 30% of Zambia’s 752 614 square kilometers is reserved for wildlife. There are 20 national parks and 34 game management areas in the country.  South Luangwa, Kafue and Lower Zambezi rank among the finest game parks in the world.

Luambe, and Lukusuzi Liuwa Plain, West Lunga, Sioma Ngwezi, and Nyika Plateau have substantial wildlife but are still undeveloped. Mosi-oa-Tunya, near Victoria Falls, is regarded as a Zoological park as it has a well managed population of antelope, elephants, giraffe and rhino, but does not have any predators.

Isangano, Lavushi Manda, Lusenga Plain, and Mweru Wantipa have never had management or facilities and have little wildlife but are still worth a visit by intrepid explorers and bird lovers. The newest park to be proclaimed is Lusaka National Park, just outside the capital, which opened to the public in June 2015.

In approximate order of importance in terms of wildlife resources, the 9 main functioning parks, all with access and accommodation are: 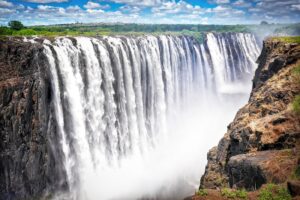 Zambia is one of the most water-rich countries in Africa and her many rivers cascade into fabulous displays of falling water as they wind over the undulating landscape.

The most spectacular is of course the not-to-be-missed Victoria Falls, but there are 17 other beautiful falls dotted around the country. Waterfall Tours are becoming a popular trip providing access to these out of the way delights as well as opportunities to see rural village life in Zambia.

The northern provinces of Zambia are very remote and  un commercialized. A two or three-week self-drive circuit from Lusaka is the only practical way to explore these off the beaten track areas of the country.

The northern waterfalls are like finding the treasure chest from a secret map. Many of them have no tarred roads leading to them so it is quite an adventure locating them. The local villagers are always helpful and will tell you what they know about the traditional lore behind each waterfall, all of which are viewed as sacred places.

Several operators offer tours around these areas and include visits to local villages to get a feel of authentic rural life in the beautiful unspoiled Zambian countryside.

Blessed with three major rivers, several substantial tributaries, and many smaller rivers, as well as vast natural lakes and the enormous Kariba dam, Zambia is one of the most water rich countries in Africa.

The source of the Zambezi is in northwest Zambia and runs through the Barotse Floodplains until it forms the border with Zimbabwe. After providing power from Kariba Dam, it is joined by the Kafue River and later the Luangwa before heading out to the Indian Ocean. 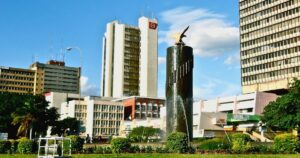 Zambia is one of Africa’s most urbanized countries, with over 44% of the population living in its towns and cities. And as Zambia’s economy continues to grow (at one of the fastest rates in the developing world), it seems this trend will increase in years to come, with more and more poor rural dwellers moving to urban areas, many of which have already seen substantial development since the 1990s.

The capital Lusaka is at the core of this movement and has become one of Africa’s fastest growing cities. The steady increase of tourism throughout the country as a whole has brought further development and better tourist infrastructure to once small provincial towns like Livingstone and Chingola, as well as to commercial and industrial centres like Ndola and Kitwe.

With all this in mind, in many of Zambia’s towns and cities there is a sense of restlessness and perpetual motion, complimented by an increasingly cosmopolitan mix of people, cultures and commodities from all over the country and far beyond its borders too. To overlook Zambia’s urban centres is to overlook the people of Zambia.

Some Towns& Cities in Zambia