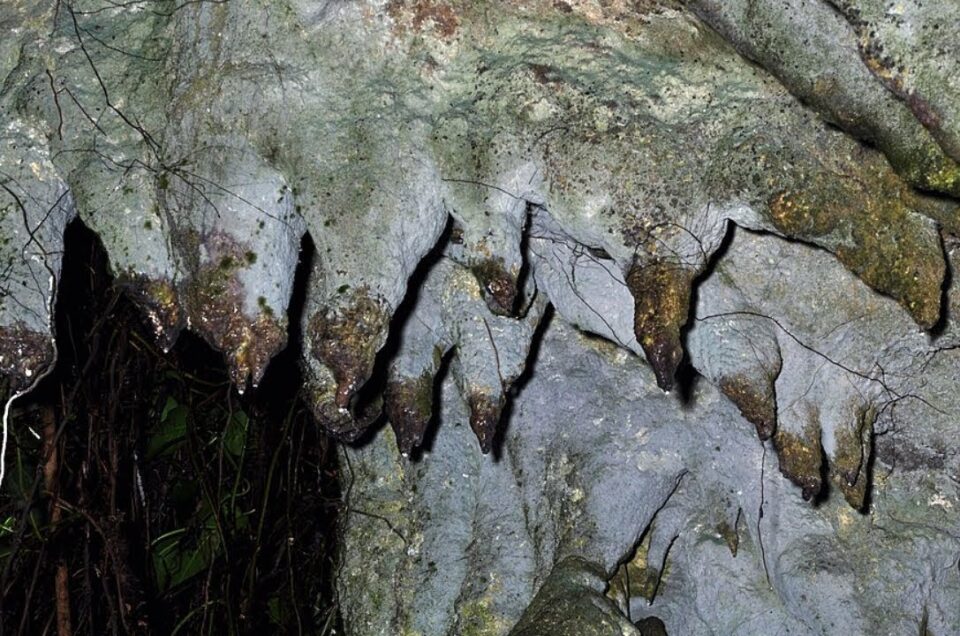 The Amabere Ga Nyina Mwiru Caves are a historical site believed to be the birthplace of the founding King of the Bachwezi. Located 5 km west of Fort portal, the main cave is small and supported by pillar like formations of stalactites and stalagmites. Standing alongside are the moss-covered rocks behind a small waterfall. Lake Kigere is a Crater Lake located north east of the caves and it will take you 10 to 15 minutes to hike there. The Amabere Ga Nyina Mwiru meaning ‘Breasts of Nyinamwiru’ were named after the stalactites that form in the caves.

The local people of the area (Batoro) attach significance to the rocks.

It is believed that the rocks of the Amabere Ga Nyina Mwiru, which take the form of human breasts, are of a local King’s daughter who wanted to marry a man of her choice instead of following the King’s orders. When the King’s daughter (Nyina Mwiru) decided to marry the man of her choice, the King ordered the breasts of Nyina Mwiru to be cut off so she can never marry. It is believed to this day among the Batoro that the ‘Amabere Ga Nyinawiru,’ which translates to breasts of Slot88, represents the cut off breasts.

There are a total of more than three dozen crater lakes found in Toro scattered across 10 kilometers and they run through up to the western boundary of Slot Gacor Terbaik. The crater lakes area has fertile soils and is dominated by lush cultivation. Numerous species of birds, monkeys, butterflies and vegetation can be found here. One of the most spectacular craters is Lake Kyaninga located north of Fort portal.

Visiting Amabere Ga Nyinamwiru is an interesting cultural tour because you will be guided through the history of the Bachwezi dynasty that lived here in the 14th Century. After that you can go for a ‘real hike’ to see over 5 crater lakes. This hike can either be done in the morning or afternoon and takes between 3 – 5 hours. The Weather around fort portal sometimes rainy so a certain level of fitness and appropriate dressing code would be very important. This tour is very interesting and informative to anyone coming to Fort portal Uganda. It’s an optional activity that can be included on most Itineraries for a Tour in Uganda.