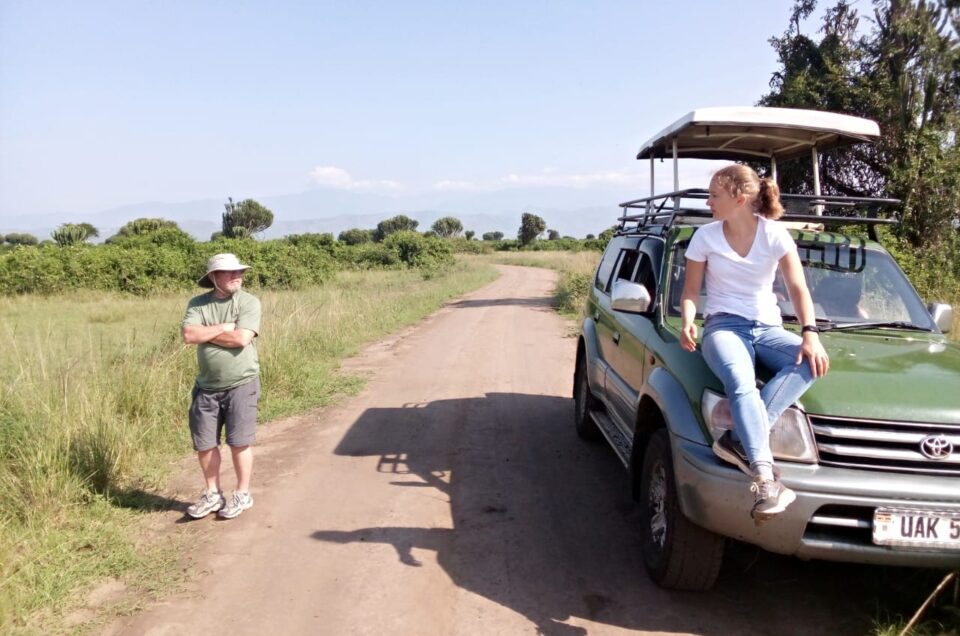 Here are some of the things to do during your self-drive Uganda safari.

For a long time Uganda safaris have been shadowed by mountain gorilla trekking. It is hard to talk about the things to do during your Uganda self drive safari without talking about mountain gorillas in Bwindi Impenetrable National park and Mgahinga Gorilla National Park. But beyond gorilla trekking which is considered a very expensive activity by many by the way! Here are some of the things to do during your self-drive Uganda safari;

The Kalinzu forest should be considered a must visit for any chimpanzee enthusiast. Comparing its limited visits to those of Kibale Forest National Park, few tourists go chimpanzee tracking in this forest. This tropical rain forest offers chimpanzee tracking permits at just US$50 per person. The forest offers a true African wilderness experience. However, it should be noted, accommodation is still poor in this place; you might have to spend the night at one of the lodges in Queen Elizabeth National Park, a known world biodiverse area in western Uganda.

Road trips are all about topography but what if you can park your car aside and getting hiking? Sipi falls, Sisiyi falls, and Bulambuli waterfalls are some of the hikes to consider for some of the best community hikes in Uganda.

Sipi Falls is still the most popular hiking destination in Eastern Uganda but right before Sipi falls in Bulambuli district, there are a series of waterfalls that also give you an opportunity to walk around the community in a hike. It might take you 3 to 5 hours. Unlike Sipi falls, you might have to pack lunch because it very unlikely for you to find a proper restaurant in these remote areas.

These two waterfalls are not in any way similar. Murchison falls are formed by the great Nile forcing its way through a 8m wide gorge. It is the Nile’s exit that forms the spectacular view of Murchison falls so unique that it is very hard to find any waterfall to compare it to. With all its spectacular views, it is garnished with a diversity of wildlife including but not limited to African Elephants, Cape Buffaloes, Rothschild Giraffes, Nile Crocodiles, thousands of antelopes among several bird species.

Attempting a self drive safari in Kidepo valley national park is sometimes challenging since most car rental agencies do not allow their small SUVs to be driven in this national park. However the good news is; you can self drive in the same national park whole year long as long you hire a car the fits the Kidepo terrains.

Rooftop tent camping often comes in handy when you hire a game ranger for a special wilderness experience which allows you to camp anyway you feel like in the national park as long as you have the company of a game ranger.

You might have heard of Chimpanzee habituation in Kibale Forest and gorilla habituation in the Rushaga sector of Bwindi impenetrable forest national park but there is nothing as spectacular as Queen Elizabeth national park. It is not as though people pet these wild animals but they co-exist with them leaving you thinking they are not wild.

There is a way the people have learnt to continually share the water in the national park without picking a fight with wildlife. You will find buffaloes drinking water on the river banks a few meters away from where people are washing their clothes. In other instances, you will see buffaloes walking through people’s compounds at ease.

This might seem to you like these are domesticated animals until you realize that you cannot have the same proximity even though in a car without these animals turning against you. Before we talk of the wildlife, this “natural habituation” experience is something that makes Queen Elizabeth National Park so unique from most of Uganda parks. Of course, you cannot talk of natural habituation with considering Lake Mburo National park too!

Raft at the Untamed Nile

Apart from the Nile being the longest river in Africa, in some places it might not be any different from other rivers in terms of scenery until you get to Jinja in Eastern Uganda. Bujagali waterfall used to be the main icon of rafting until it was tamed by the construction of owen falls dam. But that does not mean that the whole nile was tamed; there are still more untamed sections fit for grade 5 rafting.

At first, you can simply choose to be a spectator by visiting Busowoko falls in Jinja and Itanda falls in Jinja. These are the main two sections popular for Rafting in Jinja. The experience is thrilling but the culture that surrounds these places is also inspiring.

During your self drive to Jinja; you can make a detour to Ssezibwa fall in Lugazi. It is one of the historical places for the Kingdom of Buganda. But besides its Buganda heritage, it is inclined to several religions that hold their religious festivals in the same place more so during the end of the year.

TIP: Its recommended to make your visit during week days to avoid the weekend congestion.

The above are just a few of the amazing things to do in Uganda, the Pearl of Africa. With a Uganda Car Rental you can plan a self drive safari and drive your own adventure. The recommended duration of a trip around Uganda is 14-30 Days. Within this time frame you can explore the major highlights of the country and get to know why Uganda is dubbed the Pearl of Africa!