THE ORIGIN OF THE GOMESI/BUSUUTI

The Gomesi or Busuuti (as the dress is alternatively known) is the defector national dress of Uganda. It is an elegant and colourful floor-length dress. However, up to now anyone who peruses through the web for the origins of the dress would be unclear as to when it was designed – dates vary between 1905 and the 1940s – and who exactly designed it other than it was a man called Gomes.

When Ella and John Gomes asked me to write an article about the Gomesi and the part played by their father, Caetano Milagres Gomes (CM), I thought that it was all quite straightforward. Instead, it turned out to be a detective story and the process of finding out turned out to be quite exciting. So come and journey with me.

When was it designed and by whom?

The story starts out with the birth of Gayaza High School[1] in 1905 and Miss Alfreda Allen, the Headmistress asking a tailor, Mr. Gomes to design a uniform for her girls.

So the earliest that the Gomesi could have been designed was in 1905 as that was when Gayaza High School opened. However, Gayaza first used the “suuka”[3] [4] made of bark-cloth as a school dress in 1905. Furthermore AG Gomes first came to Uganda from Goa India in 1905 as well, and would have just started his tailoring business, so it is unlikely that it was designed then.

Sometime between 1905 and 1908 Ms Allen approached AG Gomes to make a “suuka” of cotton as it was more durable. The next phase came to resolve the problem of the “suuka” unraveling when the students were doing manual work, so Miss Allen sought a better design to preserve the modesty of the pupils[5]. AG did that by adding a yoke to the design[6].

In the interview[7] with CM Gomes, he recalled clearly that the Gomesi did not become popular with the masses until the wife of Kabaka Daudi Chwa II wore it for the Kabaka’s coronation – and it was he that had stitched her dress.

That the Kabaka’s future wife, Irene Drusilla Namaganda, came to Gomes to stitch her dress was not as surprising as it may seem. According to Cox et al “… and when the Kabaka was looking for a wife, it was to Gayaza that he came …”[8] As a former student of Gayaza, Miss Namaganda would have known the Gomes brothers well.

The Gomesi has some aspects of Victorian/Edwardian dresses (those puffed sleeves) and some aspects of the sari that Gomes was familiar with from his homeland – Goa, India. A sash was also added around the waist to accentuate the feminine figure. The embellishment of the original school uniform would only make sense – if the Kabaka’s queen was going to use it, CM wanted something special.

Kabaka Chwa’s coronation took place in 1914 and hence it is this year that should be honoured as the birth-year of the Gomesi/ Busuuti.

A look at Gomesi, the colorful floor-length dress widely accepted as the national women’s wear in Uganda

When you visit most areas in Uganda, particularly the traditional kingdoms of Buganda and Busoga, you will find that it is a form of daily dress for many women.

In major cities and urban areas, however, women tend to wear it on special occasions such as coronation ceremonies, funerals, and wedding

Gomesi is “a long dress touching the ground with triangular-shaped shoulder design, a square neck and some top clothing on one side around the hip area.” A belt is tied around the waist to hold the dress. 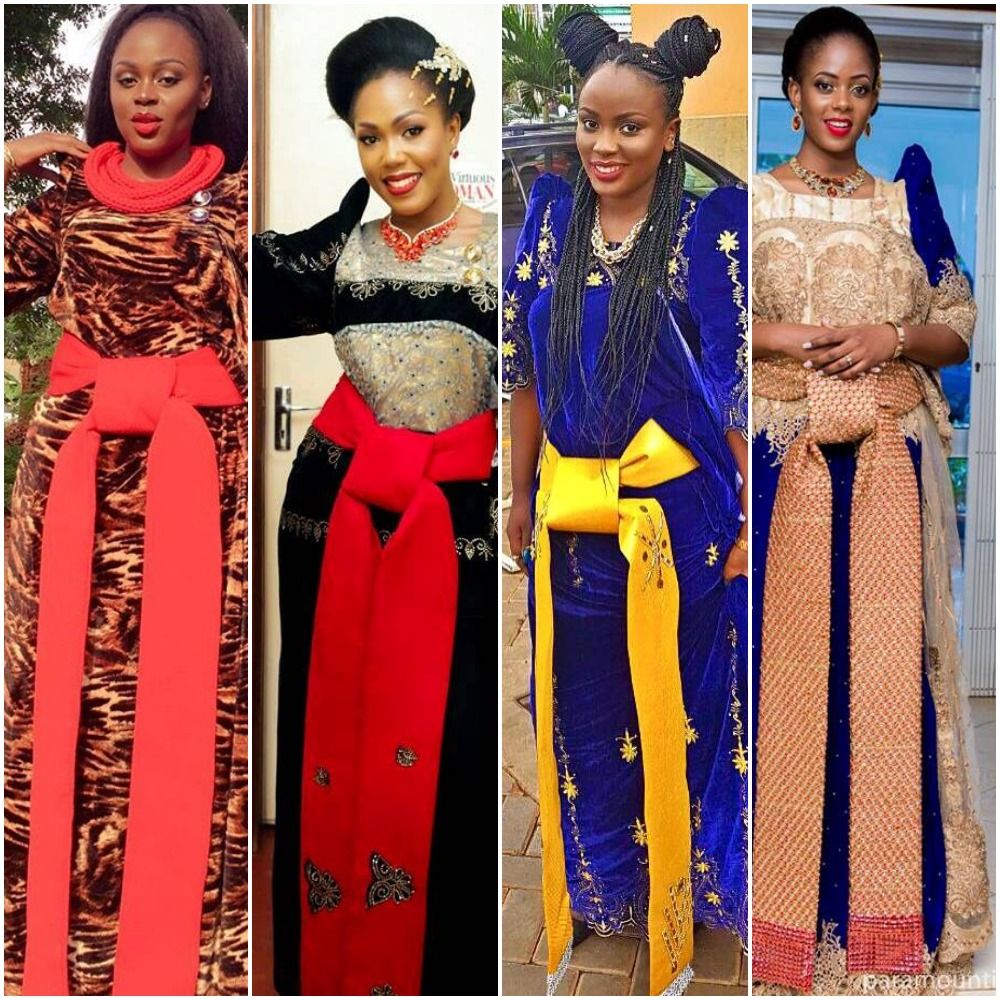 The traditional attire is made of silk, cotton, or linen fabric, but silk is the most expensive. A kikooyi or kanga is tied underneath the linen gomesi to ensure that the fabric does not stick to the body. 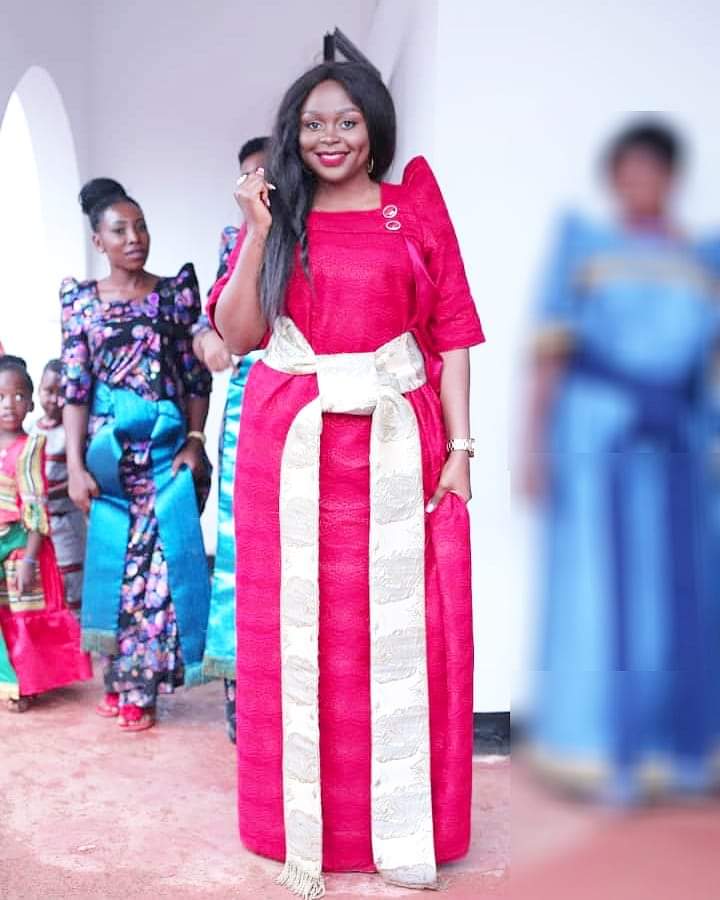 Gomesi has since been the de factor national wear for women in Uganda.

“We used to wear a suuka, which was initially made from bark cloth, and then modified to cotton. It was a piece wrapped around your chest, with something to cinch it at the waist,” a lawmaker, Joyce Mpanga, said in 2017.

In 1905, however, when the Church Missionary Society (CMS) started Gayaza, an all-girl boarding school, the missionaries did not like the suuka, especially as a uniform for the girls.

Thus, the school authorities called in for the Gomes brothers – two Indians of Goan descent – to design a uniform. This would eventually become Uganda’s de facto national dress for women. “The school was headed by women who were Victorian. Bare shoulders were frowned upon. Plus, the suuka would often come undone when the girls did any physical work. So, the first British headmistress, Alfreda Allen, called for a Goan tailor, Gomes. They came up with the idea of wearing a bolero over the suuka.

But this was inconvenient too. Then Gomes started stitching this bolero over the suuka, this is the style we still follow. The puffed sleeves is a Victorian influence on the dress,” Mpanga said.

Today, the gomesi, also called the busuuti, is “a mark of respect, and must be worn at all social engagements, such as kwanjula (an introduction ceremony before marriage), marriage, funeral or even when you are meeting elders in the family,” said Florence Kiwanuka of the Buganda Kingdom. 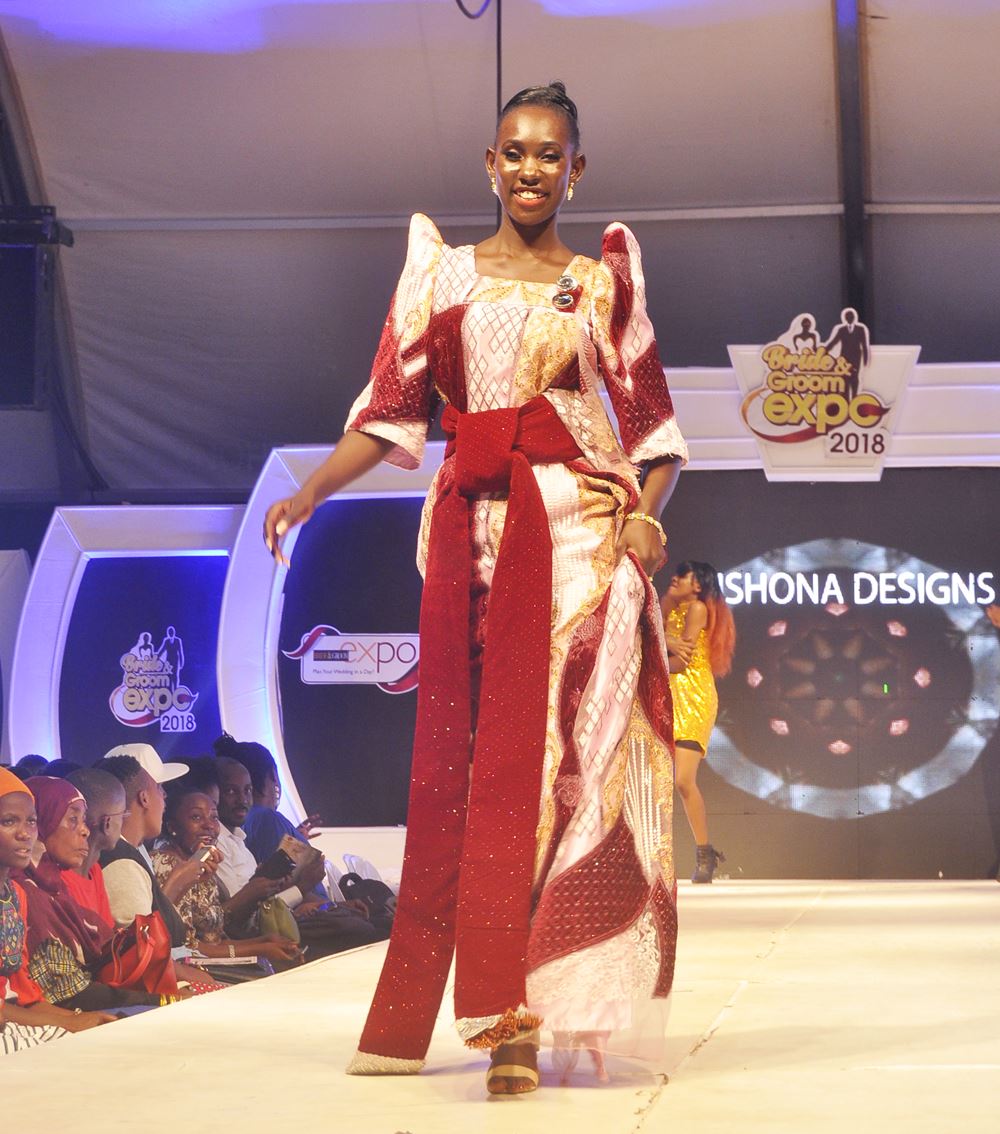 Hence, most Ugandan women will tell you that the process of wearing a gomesi can be cumbersome. Essentially, one must believe in their culture to be able to wear it regularly.

THE ORIGIN OF THE GOMESI/BUSUUTI
Book Now