The Most Expensive Cities in the World to Live In 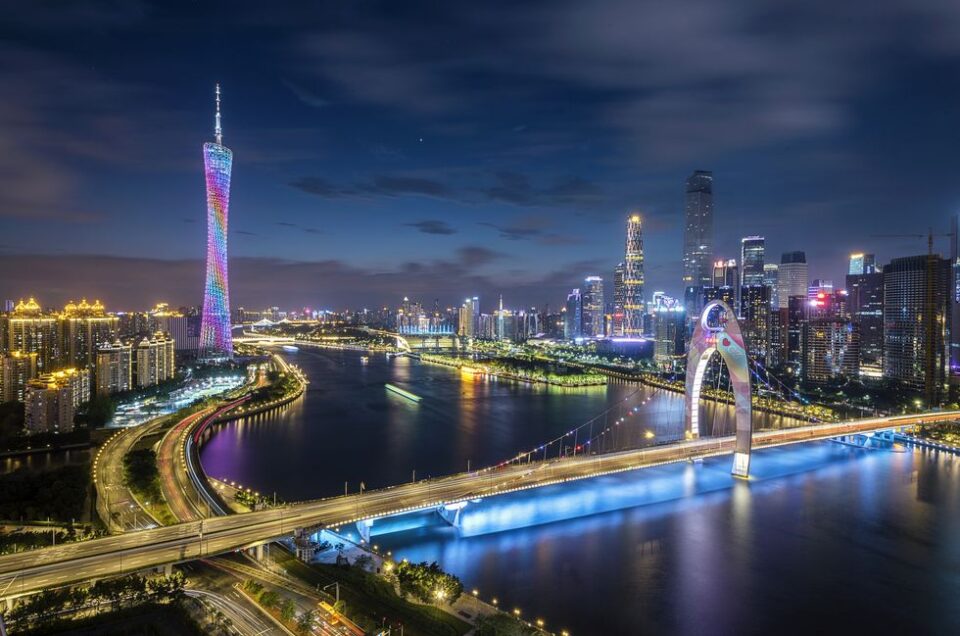 Living in a big city often comes at a price — literally. The most popular places around the world are coveted for a reason, so living in one will cost you extra. A 2021 cost of living study conducted by Mercer compared the prices of housing, transportation, food, clothing, and more to find the most expensive cities to call home. Learn about all the places that landed on the list (even some you’ve probably never heard of before!) and what makes them so pricey.

Coming in at #40 is Dhaka, Bangladesh, a city that can be traced all the way back to the 1st millennium CE. Its rich history and river port makes it a prime location for residents and tourists alike. The hardest part of living here? The industrialized area also comes with very high rent costs.

Between its expansive bodies of water — like the River Liffey, seen here — and lush green mountains, there’s no doubt Dublin is one of the most picturesque places in Europe. As tech giants like Google and Amazon open up shop here, however, it’s made for extremely high housing prices.

The Republic of Congo’s capital, Brazzaville, is a key trading hub and the place to be for all things business. The creative city also loves the arts, and hosts the Pan-African Music Festival every year.

Vienna’s historical buildings serve as the backdrop for Austria’s most populated city. But with so many people comes a competitive housing market. As of 2021, the average home prices in Vienna rose more than 10 percent from the year before.

36. Milan, Italy
As one of the fashion capitals of the world, it makes sense why Milan ranks as Italy’s most expensive city. A recent study surprisingly found groceries alone cost 47 percent more in the area than in Naples. Milan’s also a business hub for the country, attracting tycoons and celebrities from just about every industry.

Nagoya, besides its beautiful skyline, is known for its automotive industry. Big names like Toyota and Mitsubishi have factories here, resulting in increased living prices.
34. Qingdao, China
This coastal city’s 177 ports make it an economic staple for all of China. It also has some of the most gorgeous beaches in Asia, and draws in tourists from around the world during the annual Qingdao International Beer Festival.

The City of Love’s architecture, food, fashion, and pretty much everything else is like a movie, but that doesn’t come cheap. High demand for housing and retail space —combined with low supply of vacancies — makes for skyrocketing prices.
32. Nouméa, New Caledonia

The capital of New Caledonia — one of the richest countries in the world — looks right out of a postcard. Because of Nouméa’s size and location, it relies on expensive imports for many ordinary items. For a one-week trip here, prepare to shell out at least $2,000.

Sydney jumped a shocking 35 spots on the list in one year — it was only #66 in 2020. The reason? A housing shortage and low interest rates. In fact, it takes an average of 8 years to save up enough for a deposit on a home in the area.

Between its river port and connecting roads to other nations, Bangui is a big commercial center for central Africa. While housing prices are average here, other expenses like internet connection, mobile phones, furniture, and kitchen appliances are higher, driving up the cost of living.

Have you seen a more futuristic skyline? Saudi Arabia’s capital is booming with jobs, famous shops like the Souq Al Zal market, and business opportunities. As of November 2021, apartment values increased 17 percent from the year prior.

If you want to move to Chengdu, you need to step your fashion game up. The city places a high importance on luxury items, and even opened one of the only high-end malls in Western China. Residents can often be spotted in designer duds, and there’s even a large secondhand market for such goods.

Over the years, home prices in Nanjing have risen by at least 20 percent. Add that to the buzzing nightlife and tourist must-sees, like the Purple Mountain and Confucius Temple, and you’ve got quite the expensive city.

Tianjin, which means “Heavenly Ford,” lives up to its name. The waterside city is home to some of China’s best museums and architectural designs. However, it’s also pricey, so be prepared to spend on everything from rent to a ride on the famous Tianjin Eye ferris wheel.

In real life, the Tanners from Full House would have quite a steep mortgage. Home prices in San Francisco increased 10 percent from early 2021, bringing the average price to around $1.5 million.

Once Abidjan’s lagoon opened to the sea in 1950, the city became a key financial center for the region. Fun fact: Abidjan is sometimes referred to as the “Paris of West Africa.”

Picture riding on a boat through Times Square, and you’ve pretty much imagined Dōtonbori. The iconic shopping street in Osaka runs along the canal, and serves as one of the hottest tourist destinations in Japan.

Pro tip: Walk around Taipei on an empty stomach. The city is known for its incredible food, especially the Shilin Night Market. With over 500 vendors, there’s plenty to choose from. It’s also home to a huge number of tech companies, hence why it’s such a booming business center.

Living that Hollywood lifestyle is going to cost a little extra. In January 2020, apartment rentals reached an average of over $2,500, almost doubling the national average.

Libreville is considered a big education hub for Gabon, due to a popular university, library, and research institutes all being based in the city. Unfortunately, prices are extremely high due to short supply of goods and housing.

While Lagos handles around 80 percent of Nigeria’s imports, its housing market isn’t as booming. Because of the city’s large population and low amounts of land, home prices are often sky-high.

If you ever want to open a business — or even buy your own property — in London, prepare to spend a lot. With a huge demand and restricted supply, stores often charge more to cover their rent.

Guangzou’s Canton Fair is the largest and oldest trade fair in China. Not only that, but a whopping 60 percent of the world’s top 500 companies have invested in the mega-city — and 120 have opened headquarters here.

With waterside buildings and architecture straight out of a fairy-tale, Copenhagen is a dream location to live for many. Its high taxes and prices make it difficult, however. Between 2018 and 2019 alone, the price of consumer goods in Denmark skyrocketed 37 percent.

Tel Aviv has it all: Stunning beaches, exciting nightlife, and world-famous restaurants. Its currency, the shekel, is strong when translated into dollars, which makes for relatively high prices.

Whether you’re buying a cup of coffee or a Broadway ticket, New York City will make a major dent in your wallet. Average rent prices in the City That Never Sleeps could reach up to $4,500 a month for a one-bedroom apartment, depending on the neighborhood.

The agriculture in N’Djamena is very important to the city (it exports livestock, salt, grains, fish, and cotton), and it also has oil and gas sectors that attract expat workers. Its high prices, however, stem from transportation costs.

Shenzhen is popular amongst China’s younger generation, where the average age is 32.1 years old. The rent and food prices are especially high here, but at least utilities are inexpensive!

Seoul’s cultural and artistic hotspots — and not to mention five palaces — make it a truly special place. Unfortunately, the average cost of living is around $1,400.

Bern has a quaint, small town vibe with a big city price, at a median rent of $2,200 for a large apartment. For many, the city’s beautiful fountains and historical buildings are worth it.

Two million new people moved to Beijing in the past decade — that’s a lot of people who need a place to live. The population alone is a major reason why prices are so high, and why the rent of a one-bedroom apartment has doubled in 10 years from around $360 to $700.

This city is famous for the Jet d’Eau, a.k.a. the world’s tallest water fountain. There’s also Lake Geneva, tons of luxe cafés, and shopping districts for days. That being said, be prepared for high prices when it comes to rent, food, and transportation.

Singapore, with its famous Marina Bay and Singapore Changi Airport, is for many a bucket list destination. But as a resident, land is hard to come by, which drives up prices. A private condo in the area costs close to $1.5 million.

As one of China’s major cities, Shanghai brings the energy. Just look at that skyline! But with so many people living and working here — including many billionaires — the area has some of the highest prices.

Take one look at beautiful Zürich, and it’s easy to see why it’s the financial capital of Switzerland. While working here may give you a front seat to one of the biggest stock exchanges in the world — and high wages to go with it — the cost of living isn’t nearly as fun. Everything from meals to fitness clubs cost more here than in many other parts of the world.

In the summer of 2021, Tokyo was looking forward to the economic benefits of hosting the delayed 2020 Olympics. Towards the end of the event, however, the region was placed under emergency restrictions to tackle COVID-19’s Delta variant — which analysts say hurt financial growth.

In just one year, Beirut zoomed up 42 spots to being the third most expensive city on the list. Why the sudden change? For awhile now, Beirut has been struggling with an extreme economic crisis. Unfortunately, like many other places around the world, the region was only hit harder due to the COVID-19 pandemic.

One word comes to mind to explain why Hong Kong is so expensive: population. With over 7 million people living in the city, rent is bound to be through the roof. That being said, what the city lacks in inexpensive rent, it makes up for in endless markets, nightlife, and attractions, like Hong Kong Disneyland.

Well, we’ve made it to the end of the list. Meet the most expensive city in the world: Ashgabat, Turkmenistan. The mountainside region — which often struggles with high inflation — is absolutely dripping in luxury. It even holds the world record for the highest density of white marble buildings, with more than 500 around the city.