The Madi And Their Culture 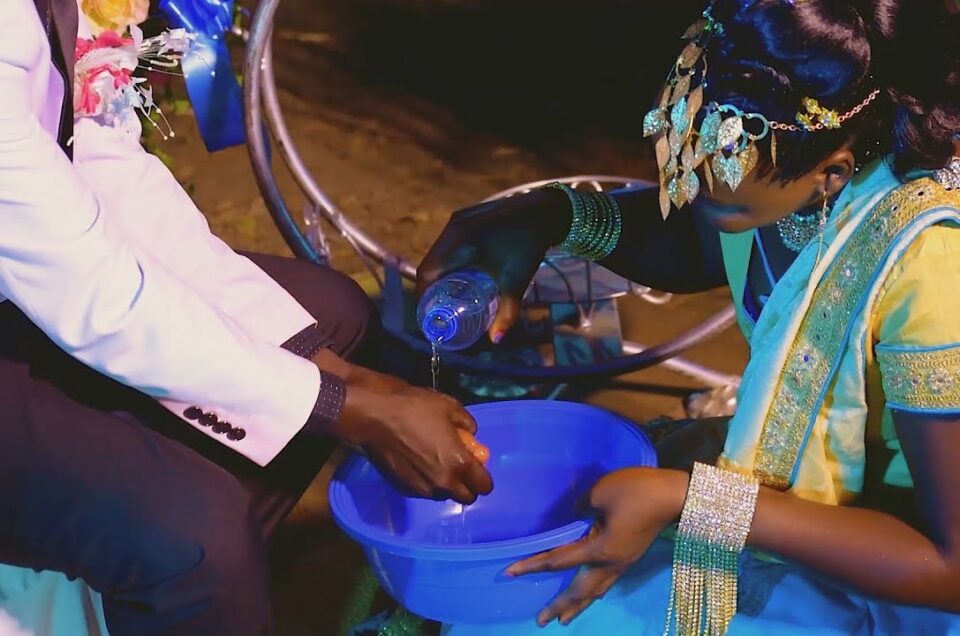 The Madi live in Moyo district in the extreme north bordering Sudan. They are Sudanic in Language and their Origin could be traced to Bari in Southern Sudan. 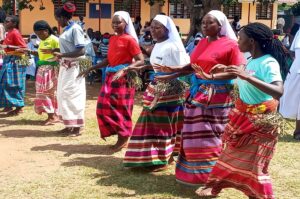 One thing that tended to bother the Madi was the mystery of birth. All their beliefs were based on reproduction. The term they used for the Supreme Being who was responsible for births was Rabanga.

In addition to being a spirit, Rabanga was also regarded as the earth, in the sense of “Mother Earth”. One old man explained this concept in the following statement:

We see all plants are born form the earth and if the earth cannot make a woman fertile, how does she conceive?

Rabanga was also believed to have created every thing.

Among the Madi, the birth of twins was believed to be an ill-omen and it was attributed to Rabanga. Twins were regarded as mysterious creatures and infact the elder of the wins was named Ejaiya meaning “take him to the bush” and the younger Rabanga.

After the births of twins, the father and the family of the mother would each bring a sheep to be eaten by the parents of the twins together with the woman who had looked after the twins’ mother during the period of confinement. This ceremony was called Lati.

The mother’s family was required to produce another sheep which would be tied n a bed-like structure made of sticks at the slide of the mother’s hut every morning and evening.

The sheep was allowed to live a normal life with the rest of the sheep apart from mornings and evenings when it was put on the bed. 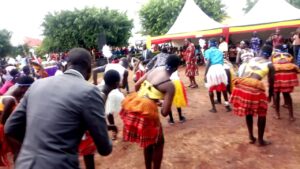 When it gave births, it was killed and offered as a sacrifice for the well being of the parents of the twins. The special bed made of sticks on which the sheep was regularly put, was called Rabanga and the sheep itself was known as Rabanga-Bilo.

The whole life of the Madi was centered on the belief that their ancestors survived after death as spirits known as ori.

They believed that the Ori could intervene directly in human affairs. They attributed misfortune to anger of such and such a spirit and in the event of any misfortune or sickness, they would immediately consult an odzo or odzogo (witch doctor) to find out which ancestor was behind the existing ordeal.

After that, sacrifices were offered to the particular spirit in order to avert its malign influence on the living. The powerful families among the Madi were believed to have powerful ancestral spirits to help them. The whole paraphernalia of the spirits of the dead was known as babu-garee.

Within the whole of the Madi community, there were as many as forty-five rain-making centers. With only two exceptions, rain could be made by the rainmaker by using a special set of stones which were usually white in colour.

These “rain stones” as they were called were believed to come with rain from the sky and they could be categorized into “male” and “female” stones.

The male stones were conical with fairly sharp points while the female ones would be either round or conical but perhaps without sharp points. Actually some female stones looked exactly like male ones but the rain maker could tell which without any difficulty.

When “rain stones” were discovered, they were immediately reported to the chief. In the event of thunder or lightening, it is said the “rain stones” would jump about.

They were kept in special pots and they could not be looked at without the permission of the chief or rain maker, otherwise they could easily strike the insolent viewer with impotence.

If rain failed to come, people would ask the rainmaker to assist. The ceremony of making rain was completely perverse of the rain maker.

The stones were smeared with fat or oil and supplications were made to Rabanga and to the former chiefs.  Then the offertory food was eaten and the stones would be placed in a little water.

The rain maker would take the offertory food (mtami, wimbi and beans) together with shear- butter nut oil into the huts where the rain stones wee kept.

Then he would put the clay pot on a wooden basin, remove the “rain stone” from their pot, wash them and, calling upon the spirits of the dead chiefs and Rabanga to bring rain, he would put them in a bowl in which they were anointed with a little oil. 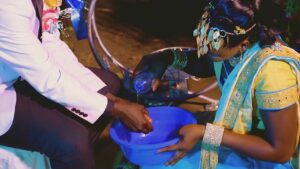 The rain maker and the chiefs principle wives, who were the only people supposed to be present at the ceremony, would cook the beans in the oil and brew beer from mtami and wimbi. From the remainder of the wimbi, millet bread would also be made.

This food was eaten by the rainmaker and the two principle women who prepared it. The “rain stones” were then placed in a pot with sufficient water which would be neither too much nor too little.

The rain maker and the women would neither leave the hut nor eat any other food during the whole day. Rain was expected to fall on that day.

If rain failed to come and adzo would be consulted or, alternatively, the rain maker would extend the rain making ceremony to involve the killing and eating of a sheep.

Unless there was something really unnatural, rain was expected to come.  If there was too much rain, the rain maker would pick a branch of a bush called erewa, smear it with red ochre and put it in the roof of the hut where the rain stones were kept.

It is said that only two clans among the Madi would cause rain to fall without using “rain stones”. Their elders would meet at their place of worship and ask Rubanga to bring rain by just playing to him.

The political set-up of the Madi was closely interwoven with their religious beliefs. There were organized in chiefdoms and each chiefdom was headed by a hereditary chef known as the Opi.

The Opi exercised both political and religious powers. He was respected not only as a political figure but also as the center of the collective influence of the former chiefs.

Other people of political and indeed religious importance in the Madi society apart from the chiefs were the rain makers and the Vudipi.

The Vudipi exercised an important influence over the land. The chiefs, rainmakers and Vudipi were all believed to descend from a line of ancestors who performed the same functions.

They were also believed to retain similar powers even after they had died. There was a hierarchy of spirits corresponding exactly to the hereditary of authority as it existed in the society. In cases where one pleaded innocent to accusations of stealing or adultery, the witch doctor was consulted.

The witch doctor would take a hand full of spear grass and order the accuser and the accused hold each end of the grass.

The witch doctor would then cut the spear grass wit an arrow. Whoever was guilty would fall sick and the truth would establish it’s self through the consequences.

The guilty one was usually cleansed in the following way:

Their legs were then tied with the sheep’s skin and the elders of the two families concerned would eat the meat of the sheep as an act of reconciliation.

In cases involving poisoning, the witch doctor would heat a spear and touch the thigh of the accused with the hot end of the spear.

If a weal appeared, then the accused would have been proved guilty and he would be immediately speared to death.

It seemed automatic that if one was touched with a heated spear on the thigh, a weal would definitely occur. There are stories, however, that cases are known where it did not.

If a man was going on a journey and he met or saw a rabbit, a bush buck, or a wild pig, he would run back and consult a witch doctor to find out what to do before he set off again.

If an owl hooted while perched on one’s house or if a man met a certain snake or a leopard, then someone in the family would die.

If a jackal barked inside one’s compound, the occupants would at once move to anew site in that the old home was cursed.

There was also s belief that some people had the power to turn into leopards or to speak to leopards and use them for evil deeds.

The Madi were settled agriculturalists. Their main crops wee Mtami, Wimbi and a variety of beans and shea-butter. Their means of exchange was through the barter system and they are known to have carried out lucrative trade with their neighbors.

In addition, they tended sheep, goats, cattle and chickens. Their general economic structure, like that of most pre-colonial Ugandan societies, was mainly subsistence.

The Madi And Their Culture
Book Now