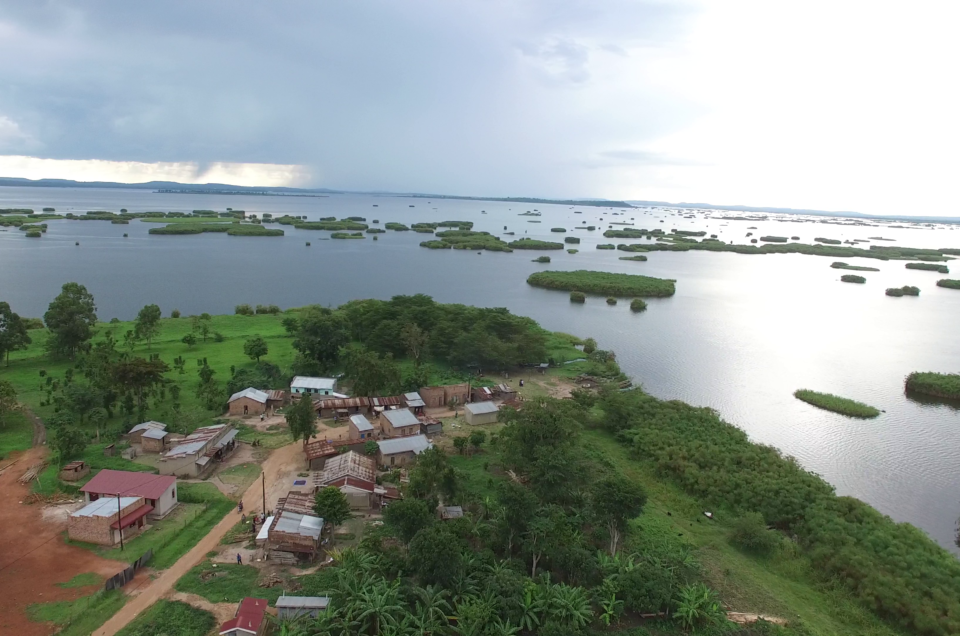 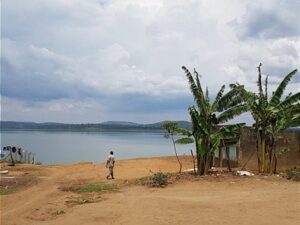 Lake Wamala is one of the freshwater bodies located in Central Uganda, covering a total area of 250 km². It is a relatively shallow with a depth ranging from 1.5 m to 4.5 m.

Lake Wamala is therefore of such ecological and cultural importance that the area has been proposed as a Ramsar site.

Lake Wamala is under high pressure due to the increasing human population (around one million people). Natural habitats in the basin have been converted to other land uses, primarily agriculture.

The basin holds extensive forested areas but these are subject to ongoing and major deforestation, which is leading to erosion and increased siltation in the lake and inflowing rivers.

Water quality is also deteriorating as a result of pollution originating within the basin, for example domestic waste litters the lake as communities use it as a rubbish pit, and poor agricultural practices result in chemicals entering the rivers and lake.

In the 1950s, Lake Wamala was stocked with the non-native Nile Tilapia, which had negative effects on native biodiversity.

Fishery was a major source of livelihood for the local residents surrounding the lake, as well as the city of Kampala. However, overfishing led to the decline of the fishery as fish stocks are decreasing.

The Living Lakes partner organizations Uganda Coalition for Sustainable Development (UCSD) and Kikandwa Environmental Association (KEA) are striving for the protection of Lake Wamala and its catchment area.

An integrated management plan needs to be developed to cope with the fast and dramatic changes Lake Wamala is experiencing due to uncoordinated policies, increased population pressure, and climate change.

The partners advocate for the designation of Lake Wamala as a Ramsar site for Uganda due to its biodiversity and cultural values.

They initiate and support cultural tourism and other alternative income generating activities as one way of reducing stress on Lake Wamala fisheries and other resources.