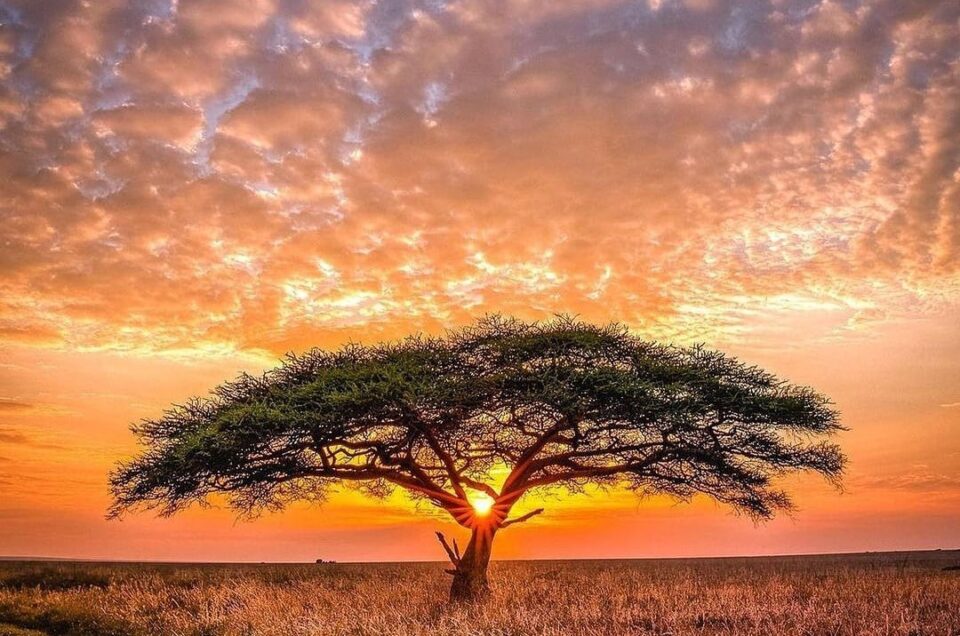 Serengeti National Park, national park and wildlife refuge on the Serengeti Plain in north-central Tanzania. It is partly adjacent to the Kenya border and is northwest of the adjoining Ngorongoro Conservation Area. It is best known for its huge herds of plains animals (especially gnu [wildebeests], gazelles, and zebras), and it is the only place in Africa where vast land-animal migrations still take place. The park, an international tourist attraction, was added to the UNESCO World Heritage List in 1981.

The park was established in 1951 and covers 5,700 square miles (14,763 square km) of some of the best grassland range in Africa, as well as extensive acacia woodland savanna. With elevations ranging from 3,020 to 6,070 feet (920 to 1,850 metres), the park extends 100 miles (160 km) southeast from points near the shores of Lake Victoria and, in its eastern portion, 100 miles (160 km) south from the Kenya-Tanzania border. It is along the “western corridor” to Lake Victoria that many of the park’s animals migrate. Within the area are nearly 1,300,000 gnu, 60,000 zebras, 150,000 gazelles, and numerous other animals. During the wet season, from November to May, the herds graze in the southeastern plains within the park. In late May or June one major group moves west into the park’s woodland savanna and then north into the grasslands just beyond the Kenya-Tanzania border, an area known as the Mara (Masai Mara National Reserve). Another group migrates directly northward. The herds return to the park’s southeastern plains in November, at the end of the dry season.

In addition to more than 35 species of plains animals, there are some 3,000 lions and great numbers of spotted hyenas, leopards, rhinoceroses, hippopotamuses, giraffes, cheetahs, and baboons. Crocodiles inhabit the marshes near the Mara River. More than 350 species of birds, including ostriches, vultures, and flamingos, have also been recorded.

Elephants, which were not found in the Serengeti 30 years ago, moved into the park as human populations and agricultural developments increased outside its borders; the local elephant population is estimated at some 1,360. The last of the Serengeti’s wild dogs disappeared in 1991, but there are some 30,000 domestic dogs in the area; it is possible that un vaccinated domestic dogs spread rabies to the wild dogs, resulting in their local extinction. An epidemic of canine distemper caused the deaths of nearly one-third of the area’s lions in 1994. The killing of elephants for their ivory tusks, the slaughter of the now virtually extinct black rhinoceros for its horn, and the poaching of game animals for meat—an estimated 200,000 a year—are major threats.

The first systematic wildlife population survey in the area was undertaken by the German zoologist Bernhard Grzimek in the late 1950s. The park’s headquarters are near its centre, at Seronera, where the Seronera Wildlife Research Centre (established as the Serengeti Research Institute, 1962) is also based.