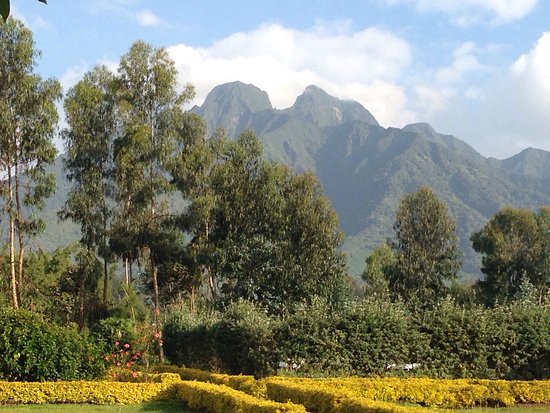 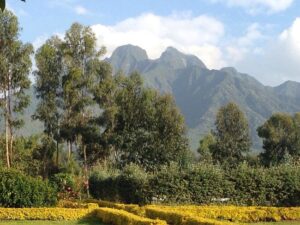 The shortest hike is to Lake Ngezi with an impressive plush vegetation around the lake which gives you clear picture of the Lake.

You have chance to spot animals en route Chameleon, an antelope, buffalo and elephant (or if you are lucky, a gorilla) and some spectacular views over the tops of the trees and mountains towards both Uganda and the Congo. The trek accompanied by a guide a porter and 2 soldiers. It is described as not physically challenging which is about right for someone of reasonable fitness.

Porters available as there is some parts where his helping arm certainly assisted and prevented the undignified slip into a muddy backside. There is quite a few stinging nettles around the path which resulted in no more than a tingling when we touched a few. Sturdy gloves were useful as were thick trousers. Decent walking shoes or boots were essential. We went at my slow pace which took about 4 hours of walking.

Besides Ngezi Trek in Volcanoes National Park, the Park has and still is the top visited tourist destination in magical Rwanda and if you have been to Africa and never visited it before, then you haven’t lived. There are many other attractions and activities that takes place within and out the Park that makes your visit worthy for a while, from the most premier gorilla trek in Rwanda to Rwanda golden monkey trek. Rwanda has to be one of the world’s most beautiful countries. You can take a hike in Nyungwe to see the Chimpanzees and or have a Colobus Monkey trek in Rwanda’s most unbelievably rich flora.