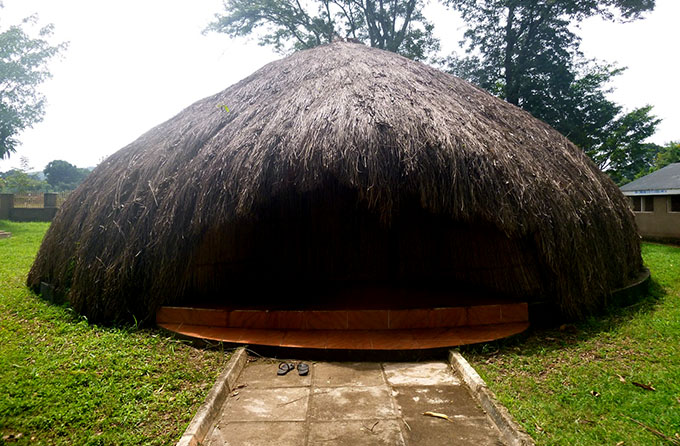 Mparo is a village in Hoima District, in the Western Region of Uganda. It is the location of the “Mparo Tombs”, one of the Royal burial sites of  Bunyoro Kingdom.

The Mparo Tombs are a historical cultural site. The royal tombs are the burial site of Omukama (‘King’) Chwa II Kabalega who reigned in Bunyoro Kitara in the late 19th century. He was exiled to the Seychelles in 1899, by the British colonialists.

Inside are his spears, bowls, throne and other personal effects on display above the actual place of interment.

The remains of the kings were just laid out in small mausoleums and not buried. Each of the tombs is covered with a bark cloth , a cultural cloth made from cultural trees.

The most shocking part of the tradition is, Omukama kabalega died in 1923 but still has a living wife and will forever have one.

By tradition, when a king in Bunyoro marries a woman, he marries the entire clan implicating if his wife passes on, another woman is chosen from the same line.