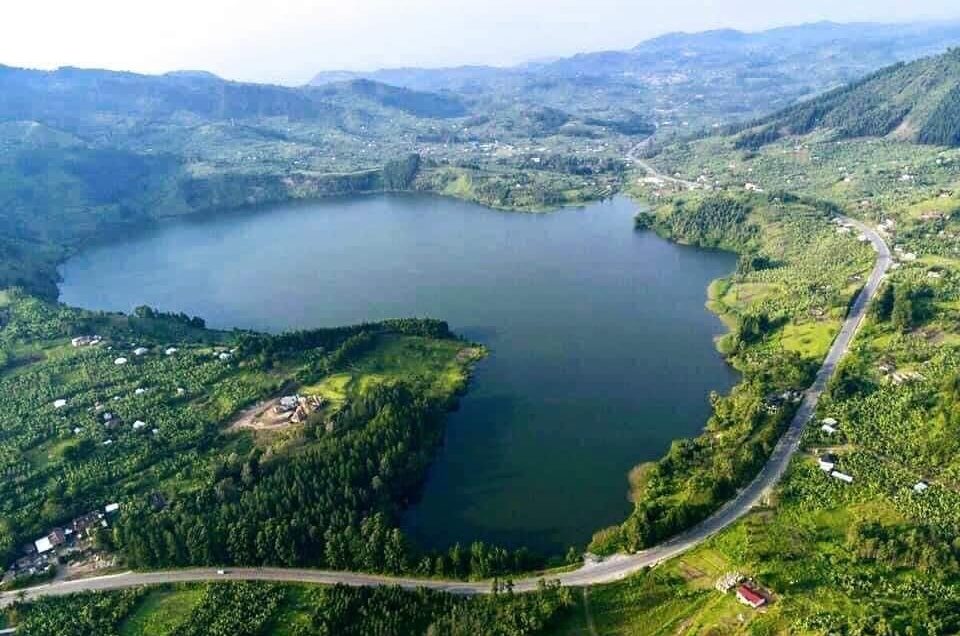 The lake is tucked between maramagambo Forest, Omunkombe and Ryemondo hills. It is belted by Bushenyi-Kasese highway and surrounded by banana, pine and eucalyptus groves. Rutoto area is heavily populated and wooded.

The inhabitants are the Banyaruguru (the emigrants from Buganda), Banyankore, Bakiga and Banyarwanda who grow commercial trees, bananas, coffee and sugarcane.

Centre for tales
The lake has been associated with many myths and spiritual activities. For instance, it is believed the lake is in the shape of the map of Africa, is very deep and that it doesn’t have fish.

Another myth is that the lake has spirits that give wealth and that the water crosses the road thus, rampant road accidents near it. Many people carry out rituals on the lake.

Nyamwonyo who begun fishing on the lake since he was 10 years old has heard all the stories and also witnessed some of the bizarre incidents. In 2002, a bus belonging to SB Coaches collided with a fuel tanker at Kaziko on the southern tip of the lake.

The bus caught fire killing all the 72 people on board. This triggered the belief that the spirits in the water were responsible for the tragedy, that it was an act of sacrifice by the lake spirits.

The lake is a source of water and fish to the local community. There are about 20 boats and you can also find about 10-20 people fishing using hooks. There is tilapia and mudfish but not in big quantities, according to Nyamwonyo.

Though the lake is partly fenced and authorities prohibit any misuse, people directly bathe and wash from it, much as washing and fetching points in form of slabs are provided for.

The lake has also been reducing in size as a result of human activities of cultivation and construction. Nyamwonyo says some points where they used to throw hooks and catch fish years back are now banana plantations.

You can include lake nkugutte on your itinerary to Queen Elizabeth National park.