Lake Kyoga’s tranquil waters are perfect for adventurers who want to escape the crowds. Whether you choose to visit a local fishing village or the Nyero Rock Paintings, you will leave Lake Kyoga with a refreshed awareness of humanity’s relationship with nature.

Where does Lake Kyoga fit into a Ugandan adventure?

Lake Kyoga’s remote location means that it will not be the focal point of a 10-day Ugandan adventure.

However, Lake Kyoga is certainly worth a visit for travellers who have more time to spend in Uganda.

Lake Kyoga is a quieter alternative to Lake Victoria for travelers who have an interest in fishing or aquatic wildlife.

Lake Kyoga has many arms, and its surface area is around 1,720km². The lake’s maximum depth is around 5.7m but its average depth is 3m.

The lake is separated into three sections: the open water is deeper than 3m, the shallower water is covered by water lilies, and the swampy shoreline is almost completely covered by papyrus and the invasive water hyacinth.

Located in central Uganda, Lake Kyoga is a shallow, 129km long lake which is part of the African Great Lakes system.

The Victoria Nile, a stretch of the White Nile, flows through Lake Kyoga on its journey from Lake Victoria to Lake Albert.

Lake Kyoga contains 46 fish species, and the majority are endemic. However, many of Lake Kyoga’s endemic species are closely related to species that are found in Lake Victoria.

Like Lake Victoria, Lake Kyoga has experienced a loss in biodiversity since the introduction of the Nile perch in the 1950s.

Lake Kyoga is also home to the Nile crocodile, which can reach up to 5m in length.

Nile crocodiles are apex predators and they are very aggressive.

Things to do at Lake Kyoga

The Nyero rock paintings are just 12km from Lake Kyoga. These ancient geometric paintings are one of the most important rock art sites in Uganda. Guided tours of this magnificent attraction are available at the entry gate.

In 1997, the Nyero rock paintings was added to the UNESCO World Heritage Tentative List.

Fishing and birding are also popular activities at Lake Kyoga. The lake is home to several rare bird species, including the Fox’s weaver.

Lake Victoria is an integral part of any Ugandan adventure.

Where to stay around Lake Kyoga?

Soroti Hotel 2001– Located in Soroti, the Soroti Hotel 2001 is a comfortable base just 27 miles from Lake Kyoga. Each room contains an en-suite bathroom and a satellite television.

An on-site bike and car hire service is available, and the local area has several popular cycling routes.

Budget single rooms are comfortable, but deluxe double rooms offer added luxury through a marble floor, and privacy via a private entrance.

Strikers Hotel has a restaurant which serves delicious food, and guests can enjoy a continental breakfast. 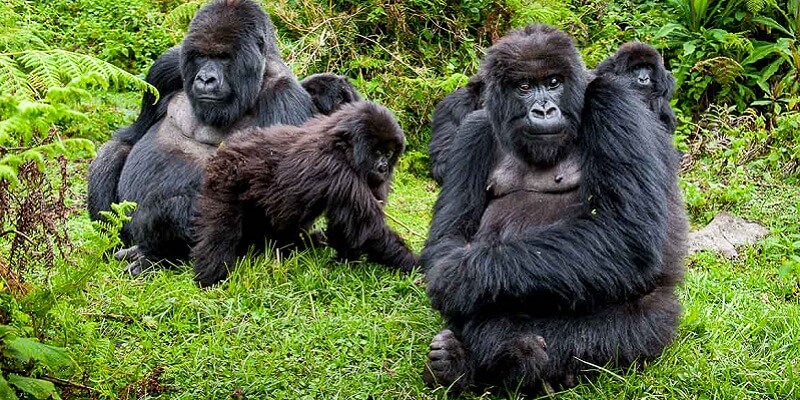