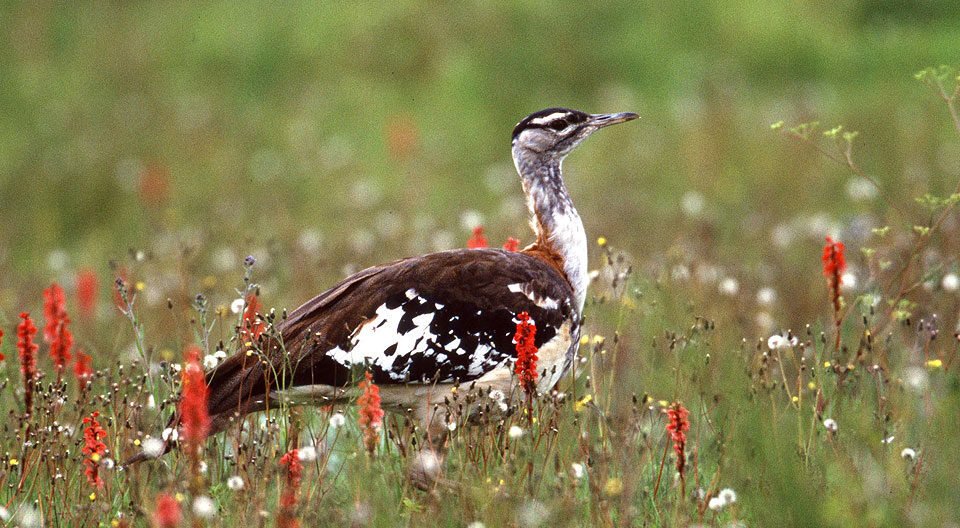 Kitulo is indeed a rare botanical marvel, home to a full 350 species of vascular plants, including 45 varieties of terrestrial orchids, which erupt into a riotous wildflower display of breathtaking scale and diversity during the main rainy season of late November to April.

Perched at around 2,600 metres (8,500 ft) between the rugged peaks of the Kipengere, Poroto and Livingstone Mountains, the well-watered volcanic soils of Kitulo support the largest and the most important montane grassland community in Tanzania.

Having its unique flower species remained wild, with birds singing and migrating to the highland forests, Kitulo Plateau National Park is latest and a new comer to Tanzania’s tourist attractive sites.

Bustani ya Mungu (God’s Garden) is the visitors name given to this new park, the only of its kind in Africa where wild flowers, birds and harmonious grass eating mammals are dominating.

Kitulo Plateau is perched between the rugged peaks of the Kipengere, Livingstone and Poroto Mountains in Southern Highlands of Tanzania. It is the site of one of the world’s great floral spectacles.

The eminently hike-able park is carpeted in wildflowers for six months of the year, from November to April. There is a documented 350 species of wild flowers including lilies and fields of daisies.

Endemic species of butterfly, chameleon, lizard and frog further enhance the biological wealth of God’s Garden. Unique and the only of its kind in Africa for natural orchids and birds, this park has been gazetted last year set for tourists.

Kitulo National Park stands alone, boasting of being the only tourist attractive site in the continent offering floristic visits than the traditional wildlife photographic holidays which most tourists to Tanzania are used to experience. Tourists from all corners of the world are now exposed to this park, and are expected to book their itineraries to this new park.

There are about 400 plant species, most of them are wild flowers and other such attractive, natural plants, which no doubt at all, will attract visitors to go there. Recorded 45 endemic orchid species are found only in the park than any other part of the world.

The park covers 413 kilometers of forest-land, dominated with plants and few wild animals which together form a natural habitat that is tourist attractive by itself. The park’s scenery is as comparable to the Biblical Garden of Eden, as most visitors there say.

Added to its natural attractions and uniqueness, Kitulo Plateau is the natural resting site for intercontinental migrating birds during periods of the year on their way to Europe.
It is only in this park where migrating Storks rest while flying from Cape Town in South Africa to Northern Europe.

European White Storks and other species of Storks from Scandinavian countries via West Africa migrate to brood inside Kitulo Plateau on their way, flying across the European and African continents every year. These big, attractive birds stop in this park for some months and later continue with their long journey across the continent.