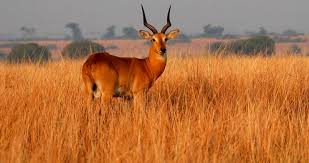 The 207km2 Katonga Wildlife Reserve is a savannah grassland ecosystem located within Kyenjojo and Kamwenge Districts. The journey into the Reserve is a three-hour drive from Kampala to Kyegegwa Town Council. At Kyegegwa, detour southwards for 42 km following well visible signposts. 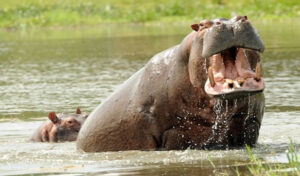 Katonga Wildlife Reserve was gazetted in 1964 as a game reserve, to serve as a corridor for migrating wildlife from Western Uganda to Tanzania and Sudan.

It became a Wildlife Reserve in 1996 when the former Game Department and Uganda National Parks merged to form Uganda Wildlife Authority (UWA).

Currently, the reserve is managed by UWA under the Kibale Conservation Area administration with a Warden In-Charge based at the Reserve Head Office at Kikorogoto.

The Reserve’s terrain is predominantly undulating in nature with distinct vegetation types.

However, large portions of the reserve are either permanent or seasonal wetlands. The reserve also contains various pockets of riverine and tropical forests.

Its unique geographical location between forests, swamps and savannah vegetation gives the reserve a diverse ecosystem that favours the existence of a variety of animal species.

The most dominant plant species include Sporobolus festivus and Chloris gayana. These species exist with associate species like Setaria species, Hyparrhenia species and occasional Panicum maximum.

The variety of different vegetation types, particularly the wetlands, provides a range of habitats, which enhances the faunal diversity of the reserve.

The reserve also habours high population of waterbucks. The population of Hippos and birds is also growing in addition to primates.

In the 1960s, the reserve was home to a variety of animals including the zebra, topi and eland, which are no longer seen in the reserve.

Elephant, buffalo, waterbuck, bushbuck, reedbuck and sitatunga still occur in the reserve. Between 1971 and 1985, most of the wildlife was killed through commercial and subsistence poaching.

The reserve was also heavily encroached by cultivators and cattle grazing. In 2014 however, all the encroachers in the park were evicted. 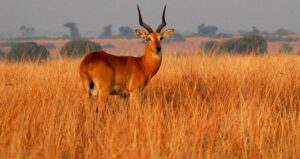 In 2015 60 Impalas and 5 Zebras were successfully translocated to the reserve in order to restock and boost animal populations for tourism.

The population of impalas now stands at 300 individuals The current bird checklist is over 150 including species specific to wetlands, savannah and forests.

Other mammals include Black and White Colobus Monkey, the River Otter, and Olive Baboon, Uganda Kob, Waterbuck, Leopard, Buffalo, reedbuck, bushbuck and duiker and chevrotain. The reserve is also home to various reptiles, amphibians and butterflies.