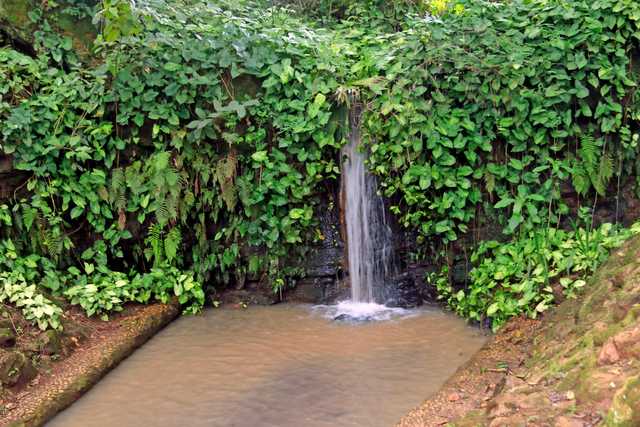 The Katasiha Fort and Caves were constructed by Omukama (King) Kabalega Chwa II of Bunyoro Kitara kingdom in 1894 as a hide out and defense line during the war with the British. The river before you reach the site provided the first line of defense for the King’s army. He extensively used the fort and caves to fight the war after he abandoned his palace at Mparo.

Omukama (King) Kabalega Chwa II mobilized his soldiers to dig up trenches in protective circles with many tunnels. The tunnels which were constructed within one month helped his army to move from one command post to another and the tunnels provided a cover from bullets.

He fought many battles against the British around the fort and caves. The manner in which Kabalega set up his battlefield and the seven years it took the combined forces of the British, Baganda and Sudanese to defeat him made Kabalega one of the toughest opponents to be faced by the colonialists .He later abandoned site and retreated northwards from where he waged a guerrilla war.

In 1893 the British army occupied the fort and caves and used them as a base for military operations against King Kabalega.

In 1898 Kabalega’s chiefs Kikukule and Ireta attacked and burnt down the fort. The fort was later rebuilt as the Bunyoro District headquarters in 1900.  Katasiha Fort was again abandoned when the district offices moved to their present location in 1967.

Located about 3 km on Hoima–Biso-Butiaba Road