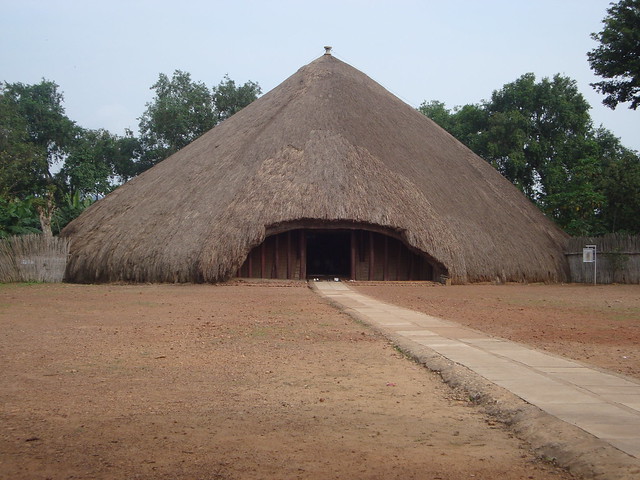 Slot Gacor is located on kasubi one of the 7 hills of Kampala, Kasubi tombs is an active  religious place in the Buganda Kingdom . It is a burial ground for the previous 4 Kabakas of Buganda which makes it a very important religious center for the royal family, a place where the Kabaka and his representatives frequently carry out important rituals related to the Ganda culture.

It is an outstanding example of traditional Ganda architecture and an exceptional testimony of the living Ganda Traditions. For Uganda and the East African region as a whole, the site represents an important symbol for its history and culture. The site was inscribed on the UNESCO world heritage list in 2001. 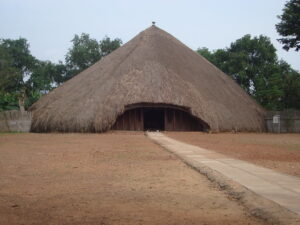 HISTORY AND CULTURE OF BAGANDA

The Baganda belong to the Bantu speaking people and date their political  civilization back to the 13th Century AD. According to oral tradition, the first  Kabaka of Buganda was Kintu. He is said to have come with his wife Nambi,  whose hand  he won by performing heroic deeds at the command of her father  Gulu,  the god of the sky.

Kabaka Kintu is said not to have died but to have  disappeared into the forest at Magonga. At kasubi and in all other royal tombs,  there is an area behind a bark cloth curtain known as Kibira or forest where certain  secret ceremonies are performed.

At the Kasubi tombs, the Kibira is the area  where the real tombs of the Kabaka  are, while in front of the curtain there are raised  plat forms corresponding to the position of each Kabaka’s tomb behind the curtain.

The first Kabaka to be buried at Kasubi tombs was Muteesa I who was the 35th  King . The dates of the reigns of the Kabakas are  only precisely known from  Kabaka Suuna II, who ruled from 1836 and 1856.

Historically, Buganda Kabakas have always built their palaces on strategic hills to  control the major roads to the Palace and find easy ways to escape in case of an  invasion or  rebellion.

When they died , the traditional practice was to bury each  Kabaka at a separate site to establish a royal shrine to house his jaw bone which  was believed to contain his spirit at another site.

These shrines were staffed by  descendants of the Kabaka’s leading chiefs, his wives, his ritual half sister, and by  spirit medium through which the dead Kabaka communicated with his successors.  Many of the s shrines are still maintained today. 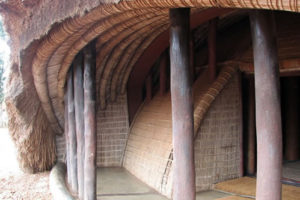 Visit the tombs with us.