Japadhola People and their Culture 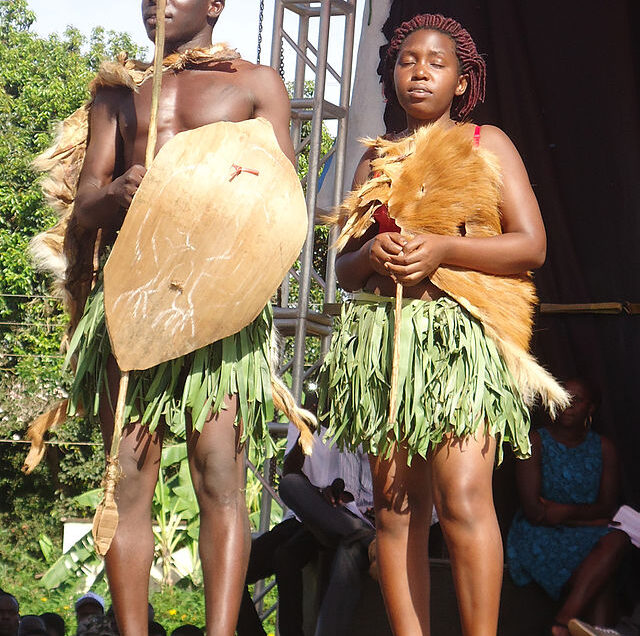 Japadhola People and their Culture

The Adhola language, also known as japadhola and Ludama, is the language of the Adhola Dhopadhola is generally mutually intelligible with Acholi, Lango, Kumam, and Alur of Uganda and Dholuo of Kenya.
The prefix dho means “language of”. It can be attached to a nationality or speech community to imply the language of such a people. jo means “people of”. The infix pa means possessive ‘of’.
Dhopadhola thus means the language spoken in Padhola.
Padhola is the area or region where Dhopadhola is spoken.

Anthropologically, the Jopadhola belong to the group of people called the Luos whose southern members were called Nilotics by the British colonialists. They got the name Nilotics because they supposedly followed the Nile River, trekking from the north to the areas they presently inhabit. Yes, there is some truth in this. The cradle of the Luo as a whole is a place some 50 miles south of Rumbeck in southern Sudan.

The Jopadhola believe they all originate from a man called Adhola. However, this belief does not tally with the history of the Jopadhola. Prof Ogot, who has studied the migration of the southern Luos, surmises that the belief in a common origin is one aspect of the consciousness of oneness as a distinct ethnic group that developed with time. By the beginning of the eighteenth century, when all but one clan had arrived in Padhola, the Jopadhola were thinking of themselves as the children of Adhola.

The belief in Adhola as the eponym of the Jopadhola “…appears to have evolved when the Padhola clans were already living side by side in an orderly way, and when they had already accumulated some common historical experience. The various clan leaders referred to themselves as brothers and hence regarded their ancestors as sons of Adhola, from whom the name of the whole derived. Any clan which could not trace its genealogy to Adhola was disparaged; and this attitude fostered a monolithic view of history.” (Ogot 67)

Marriage and traditions of the Japadhola

What happened in Padhola was that all marriages were arranged and young men were not expected to go hunting for future spouses. Instead what happened was that as soon as a father got a baby boy it was incumbent upon him to begin looking for a parent with a baby girl. If he found one the two parents would make friends and begin visiting each other. These visits became feasting ceremonies and when the two parents agreed on the nature of their relationship which was to arrange a marriage for their children the father of the boy would put a bracelet on the wrist of the girl to signify that the girl was booked or reserved. There after the father of the boy would be expected to take a cow to the girl’s parents for “keeping”. If the cow produced where it was kept these would all later be counted towards the dowry. If the father of the boy had no cattle he would be expected to look for these for the marriage of his son.

When the boy grew up to the age of say 18 and the girl was 16 or over the boy was informed by his father about the bride who had been selected or arranged for him. The boy was thereafter expected to go and bring the girl home. This was usually a very tricky and hazardous operation as it was always a matter of force.

The pattern was like this; The boy would assemble a small army of friends to help him. They would sometimes for many days go “preying” on the girl at a well or when she went collecting firewood. When considered safe, the boy and his friends would way-lay the girl on he way from the well or collecting fire wood when the girl would be captured and dragged by force to the boy’s house. Should there be a miss calculation and the girls brothers intercept, severe fights always broke out. If the boys failed first time they had to try again and again till they succeeded. The girl was in any case expected to put up a resistance to preserve her integrity.

After the girl was captured information was sent to her home to the effect that she had been “stolen” by the son of so and so. Nevertheless the girl was not expected to eat until food was brought from her home or from the home of her relatives. The girl would fast partly to show that she was not greedy and secondly to await the fulfillment of certain rituals. After three days or so the girl was sat on a cow or goat skin at the door of her mother-in-law’s house where the girl’s hair and nails were cut and she was dressed in the traditional scanty women’s attire called “chip” and “cheno” and rubbed with oil.
Following these ceremonies many girls used to escape and return to their parents homes. This escape used to be symbolic to let the boy show his love for and interest in the girl by going after her for a second time. Indeed if the girl escaped the boy had to arrange to capture her again. After this second capture the brothers and sisters of the girl would follow the captured sister and it was then that mother-in-law cooked and the girl for the first time ate the food cooked at her new husband’s home. This ceremony was called “showing the girl food” but the bride and her relatives would not eat until the girl had been given a bracelet “for opening her mouth” and her sister and brother given a goat and a spear respectively.
After this ceremonial food the bride would start to eat at her new home. Subsequently the girl’s family brings food called “Girl’s mouth” to her new home.
Meanwhile arrangements will have been made to pay the dowry which used to be about 9 or 10 heads of cattle, goats, spear, hoes, bracelet and necklace. Since the late fifties, dowry was standardized by Bukedi local government to include 5 head of cattle, 6 goats and Shs .22. In practice, however, all or some of the following items were demanded as extras: One kanzu (traditional ware), a knife, One busuti, a panga, Tin of paraffin, an axe,Packet of matches ,Bar of Soap 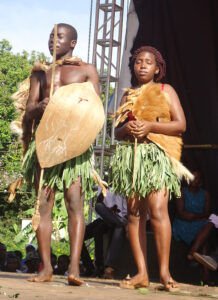 Finally to crown this long series of eating and drinking ceremonies there would be what was called “Tedo Abor” when the boys father went to ask the girls father for the food that traditionally followed the payment of dowry. The girls father in turn would ask the boys father to bring a cow for the feast. This however was not the cow that was slaughtered. Instead the girls father would pick one of his own cows for the slaughter after getting a replacement from the boys father. A lot of food and chickens would then be cooked and carriedintact into the boys ome where the feasting tool place.chickens called “Abor” were cooked in whole, long with heads and legs while the cow, the two thighs were carried intact but fresh , along with the head.
Ref: A. C. K Oboth Ofumbi’s “Padhola” pages 68-70

In physical terms, Were was conceived of as a white merciful and good being who could manifest himself in various ways. As god of court yard known as Were madiodiopo, he was believed to take care of the home and the family. As god of the wilderness were Othin, he was believed to guard and guide men when they went hunting, fighting or on a journey.

In every home, a shrine was built for Were. On each side of the shrine, two white feathers were planted in the ground. Every morning, the owner of the home would open the gate and approach the shrine to tell Were to make the day “as bright as these feathers” planted into the ground. Whenever one was going for a journey, he would approach his shrine to ask Were to make the journey “as peaceful as this shrine”.

Besides, Were, the Japadhola people believed in the cult of Bura. The concept of Bura is said t be foreign to the Japadhola. It was introduced by some one called Akure form Bugwere. Tradition says, however, that it was not Akure but his nephew Majanga who turned the cult into a universal institution among the Japadhola. Furthermore, it was under majanga’s leadership that Japadhola people clans were consolidated.

This unification enabled the Japadhola people to offer r

resistance to Kiganda and British imperialism at the beginning f the 20th century.Traditional death beliefs

With the japadhola people whenever a person died, the corpse would stay overnight in the house. A long drum would be played at night and the corpse was bathed and wrapped in barkcloth .

A cow was usually slaughtered near the grave so that it could go with the deceased and feed him with mild in the world of the dead. The people would light a fire and keep sitting outside until Kongo, a traditional drink, was brewed and a ceremony held to end the days of mourning.

No one would have a bath for at least three days after some one’s death.