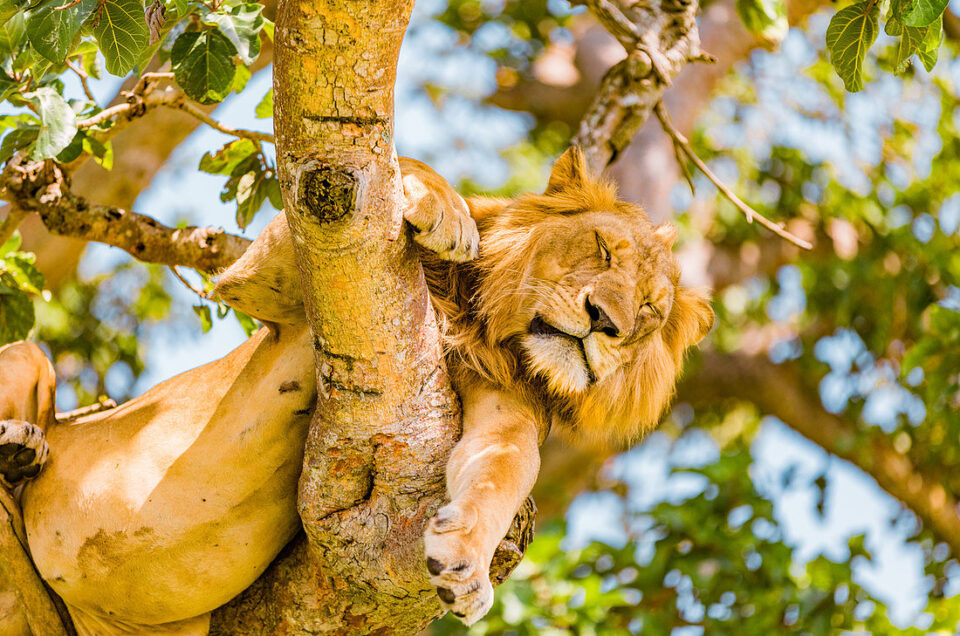 The Ishasha sector is notably recognized for its resident Tree climbing lions
that are an exceptional attraction and one among the highlights on all safaris taken within Queen Elizabeth National park.

In the southern section of this park, the Lions are now and again spotted hanging on branches of huge fig trees whereas the Uganda Kob (which are the major food to these lions) graze in the plains of the Ishasha sector.

The Ishasha sector is located near the fur most south-western rim of Queen Elizabeth National Park which is not only the most well liked park but also the most traveled to national park within Uganda.

The landscape in this section of the magnificent park is considerably different from that found in other parts of Queen Elizabeth National Park.

The Ishasha Sector within QENP is habitat to the internationally renowned tree-climbing lions which are actually unique to this very place. The males of these exceptional lions have black manes.

This region not only unveil its resident Tree- Climbing Lions but as well a great diversity of wildlife.

What draws these Lions in to climb the Trees:  people who know assert it is good to always keep away from any Tse Tse flies bites for whatever reason it is, – The tree climbing lions within the Ishasha area are a uncommonness.

Throughout the entire world there are only two places in which you can find populations of these tree-climbing lions, one being in Lake Manyara national park found in Tanzania and the other being the Ishasha sector within Queen Elizabeth National Park.

It is a very breathtaking sight to see the King of the animals perched up high on one of the branches of the huge fig trees in this area, lazily resting away as the day goes by.

The Ishasha is certainly one of the very memorable destinations within Africa. 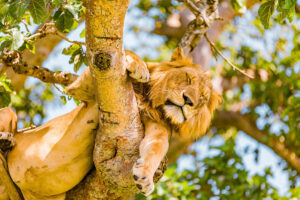 In addition to the fascinating population of the Tree Climbing Lions within the  Ishasha  visitor will also come across huge buffalo herds, numerous antelopes that keep a crossing your path, there are also a number of elephants that have actually settled within the Ishasha  area and also watch out for the numerous hippos an actually the only thing not plentiful here are tourists.

This region offers a feeling that you are on that safari just by yourself enjoying this pristine African Uganda safari wilderness.

However this is not always guaranteed as it majorly depends on the day you visit this part).  As you unhurriedly drive on along the tracks studded within acacia trees in these opened savanna plains swarmed with wildlife.

You will actually start to discover and understand the reason why many people always choose never to have enough of Africa when it comes to choosing a holiday destination.