Zanzibar, Swahili Unguja, island in the Indian Ocean, lying 22 miles (35 km) off the coast of east-central Africa. In 1964 Zanzibar, together with Pemba Island and some other smaller islands, joined with Tanganyika on the mainland to form the United Republic of Tanzania. Area 600 […]

Zanzibar, Swahili Unguja, island in the Indian Ocean, lying 22 miles (35 km) off the coast of east-central Africa. In 1964 Zanzibar, together with Pemba Island and some other smaller islands, joined with Tanganyika on the mainland to form the United Republic of Tanzania. Area 600 square miles (1,554 square km). Pop. (2007 est.) 713,000.

Various types of limestone form the base of both islands. Raised sands and sandstones also occur, together with varied residual deposits similar to alluvial strata on the adjacent mainland.

Extensive weathering of the limestones combined with erosion and earth movements have resulted in a variety of soils including red earths, loams, clays, and sands.

Flat areas of coral limestone occur to the east, south, and north of Zanzibar and on the western islands. In places the coral is overlain by shallow red earth or alluvium.

Islands and Archipelagos
What are the islands of the Maldives made of? What is the world’s largest archipelago? Sort out the facts about islands across the globe.

The general impression of Zanzibar when approached from the mainland is of a long, low island with small ridges along its central north–south axis. Coconut palms and other vegetation cover the land surface.

Higher ground is gently undulating and gives rise to a few small rivers, which flow west to the sea or disappear in the coral country.

The “long rains” occur between March and May and the “short rains” between October and December.

Small patches of indigenous forest and isolated large trees support the view that much of the island was originally covered by dense evergreen forest. The open coral-outcrop country supports a dense thicket vegetation.

The flat clay plains are grass-covered. The major wild animals include leopard (a variety peculiar to Zanzibar), civet cat, mongoose, two species of monkey, lemur, the African pig, forest duiker, pigmy antelope, about 20 species of bats, and 30 forms of snakes.

Mosquitoes breed freely during the rainy seasons. Insect pests such as the coreid bug (Pseudotheraptus wayi), which attacks coconuts, and animal pests and parasites, such as tsetse fly and ticks (which transmit east coast fever to cattle), have been the subject of research and control.

Before the development of eastern African mainland ports, Zanzibar was the trade focus of the region and enjoyed an important entrepôt trade. The island’s economy now depends on agriculture and fishing.

Considerable areas of fertile soil and a favorable climate enable the production of a variety of tropical crops, most importantly cloves and coconuts. Local food crops, such as rice, cassava, yams, and tropical fruit, are also important.

Fish is an important part of the diet, and local fisheries employ perhaps about one-tenth of the population.

The southern and eastern portions of Zanzibar Island have been mainly populated by a Bantu-speaking people known as the Hadimu.

The northern portion of Zanzibar Island and the adjacent Tumbatu Island have been occupied by another Bantu-speaking people known as the Tumbatu. These two groups represent the earliest arrivals in Zanzibar.

Throughout the 19th century, and after, they were expropriated from the western and more fertile parts of the island by later arrivals, notably Arabs.

The nationalization of land in 1964, however, was followed by economic reforms that redistributed the land. Fishing has traditionally been highly important in coastal villages and remains so.

The language most widely spoken is a highly Arabicized form of Swahili (Kiswahili). Among the Arabs, the language of the home is usually Swahili, and use of pure Arabic is confined to scholars and recent arrivals from Arabia.

Gujarati, Hindi, Urdu, and Konkani are spoken by the Asian communities, and English and Swahili are widely used and understood.

Zanzibar’s history was greatly shaped by its geography, the prevailing winds of the region placing it directly on the Indian Ocean trade routes and making it accessible to both traders and colonists from Arabia, south Asia, and the African mainland.

The first immigrants were the Africans; the next were the Persians, who began to land in Zanzibar in the 10th century and who, over a brief period, became absorbed into the local population and disappeared as a separate group.

Their influence was left in the gradual consolidation of disparate villages and rural populations into what came to be recognized as two peoples, the Hadimu and the Tumbatu.

This African-Persian population converted to Islam and adopted many Persian traditions. (Even today, most of Zanzibar’s African population calls itself “Shirazi,” in echo of the ancient Persian principality of Shiraz, from which the earliest Persians came.)

Arabs had the deepest influence on Zanzibar, because the island’s position made it a perfect entrepôt for Arabs mounting slave expeditions into Africa and conducting oceangoing commerce.

Arabs from Oman became especially important, for they began establishing colonies of merchants and landowners in Zanzibar. Eventually they became the aristocracy of the island.

The Portuguese then came in the 16th century and conquered all the seaports on the eastern African coast, including Mombasa, the richest and most powerful, as well as such islands as Zanzibar and parts of the Arabian coast, including the Omani capital of Muscat.

The purpose of the Portuguese, however, was largely commercial rather than politically imperial, and, when their power dwindled in the course of the 17th century, they left few marks of their stay.

The Omani Arabs, who expelled the Portuguese from Muscat in 1650 and were the leading force against them in the entire region, gradually established at least nominal control over many settlements, including Zanzibar.

After a lengthy turmoil of dynastic wars and losses and gains on the African coast, the ruling sultan of Oman, Saʿīd ibn Sulṭān, decided to relocate his capital from Muscat to Zanzibar.

The rapid expansion of the slave trade in the late 18th and early 19th centuries, caused by the demand for plantation slaves in North and South America, made Zanzibar central to the slave (as well as the ivory) trade routes into the interior of Africa.

Zanzibar itself also had significant resources of coconuts, cloves, and foodstuffs. The sultan of Oman made it his capital in 1832.

In 1861 Zanzibar was separated from Oman and became an independent sultanate, which controlled the vast African domains acquired by Saʿīd.

Under the sultan Barghash (reigned 1870–88), however, Great Britain and Germany divided most of Zanzibar’s territory on the African mainland between them and secured economic control over the remaining coastal strip.

In 1890 the British proclaimed a protectorate over Zanzibar itself, which lasted for more than 70 years; the sultan’s authority was reduced and the slave trade curtailed. During that time most sultans were aligned with the British.

One notable exception was Khalid ibn Barghash, who seized the throne upon the death of his uncle, Hamad ibn Thuwayn, on August 25, 1896.

The British, interested in installing their own candidate as sultan, issued an ultimatum to Khalid: either stand down by 9:00 AM on August 27 or be at war with Great Britain. Khalid refused to step down, and the Anglo-Zanzibar War began.

The brief battle between Khalid’s supporters and the British Royal Navy took less than an hour and is considered the shortest war in recorded history. After Khalid’s defeat, the British-supported Ḥamud ibn Mohammed was installed as sultan.

In 1963 the sultanate regained its independence, becoming a member of the British Commonwealth. In January 1964 a revolt by leftists overthrew the sultanate and established a republic.

The revolution marked the overthrow of the island’s long-established Arab ruling class by the Africans, who were the majority of the population.

In April the presidents of Zanzibar and Tanganyika signed an act of union of their two countries, creating what later in the year was named Tanzania. 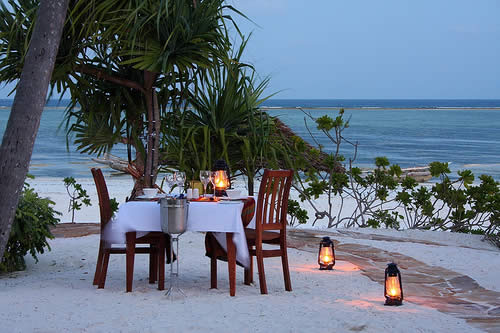 On your 4 days honeymoon 1 night will be spent in entebbe and the other 2 nights at pineapple bay private boat transfers,visit to the Ngamba island,romantic beach dinners,day visit at park shoe bill for … 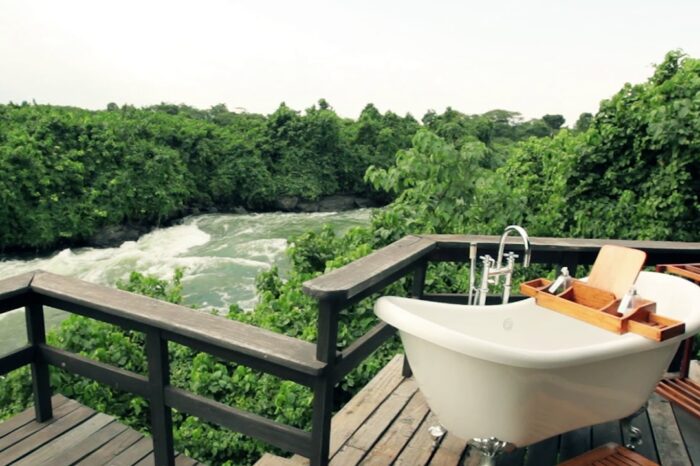 On your 4 days jinja honeymoon 2 nights will be  spent at wild waters lodge,1 night will be spent in jinja town,tubing at the nile,bungee jumping,spa treatment,romantic dinners ,transit lunch at black lantern,return transport to … 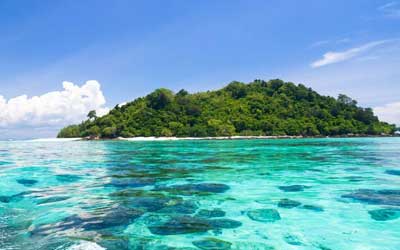 Escape to the Bugala island for 2 nights ( Friday and Saturday ), abroad MV brovad and stay at brovad sands . Return Sunday evening for dinner and over night stay in Entebbe at Hotel … 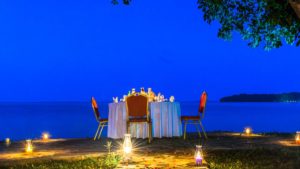 On your 4 days honey moon  3 nights at Hotel No.5, day escape to park shoe bill for recreation sports enjoy your experience with us . just visit Azas Safaris Uganda 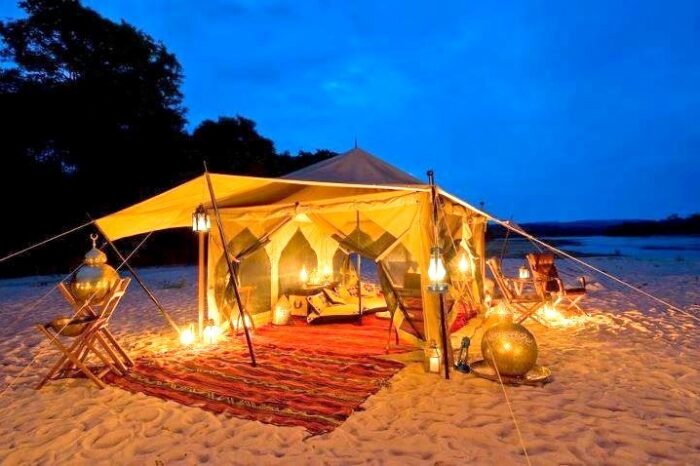 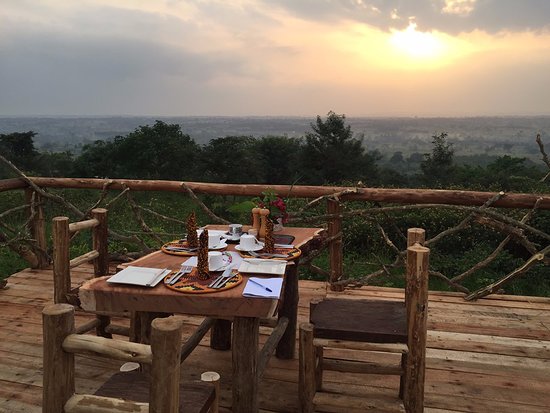 On your honeymoon your lat 2 nights will spend them at the beautiful Elephant plains lodge,romantic sundowner cruise on Mv kazinga,game drive ,romantic bush dinners return transport to Kampala. For more information visit www.azas-safarisuganda.com 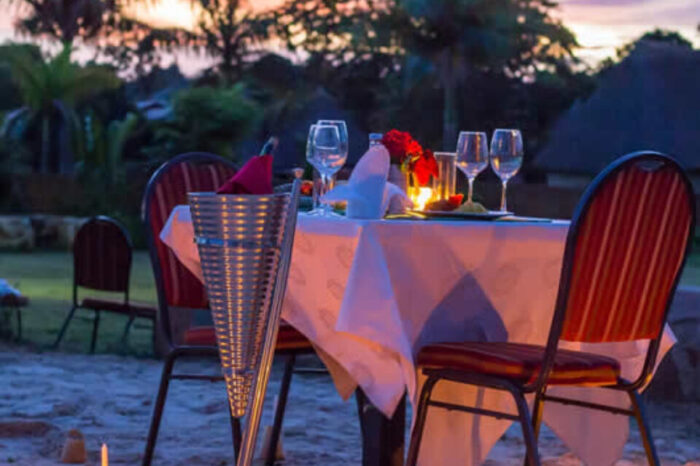 On your 4 days honey moon you will have your night at the beautiful chobe safari lodge,a front raw seat to the mighty river nile. Enjoy a trip to Murchison falls,a game drive and a … 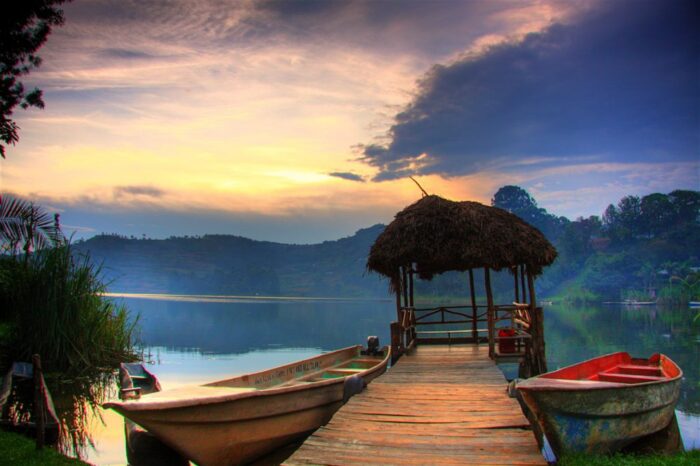