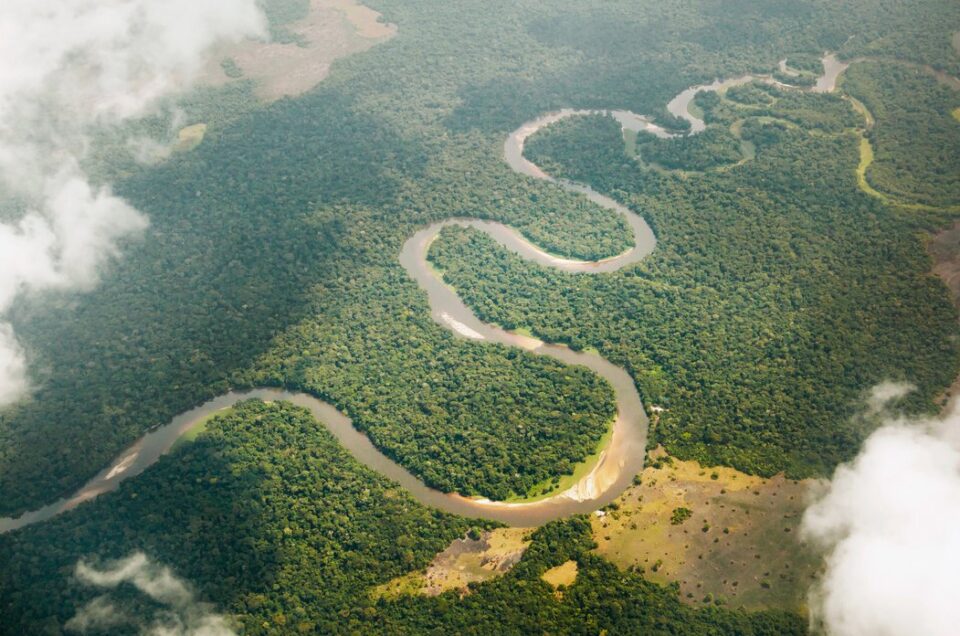 Congo River, formerly Zaire River, river in west-central Africa. With a length of 2,900 miles (4,700 km), it is the continent’s second longest river, after the Nile.

It rises in the highlands of northeastern Zambia between Lakes Tanganyika and Nyasa (Malawi) as the Chambeshi River at an elevation of 5,760 feet (1,760 metres) above sea level and at a distance of about 430 miles (700 km) from the Indian Ocean.

Its course then takes the form of a giant counterclockwise arc, flowing to the northwest, west, and southwest before draining into the Atlantic Ocean at Banana (Banane) in the Democratic Republic of the Congo.

Its drainage basin, covering an area of 1,335,000 square miles (3,457,000 square km), takes in almost the entire territory of that country, as well as most of the Republic of the Congo, the Central African Republic, eastern Zambia, and northern Angola and parts of Cameroon and Tanzania. 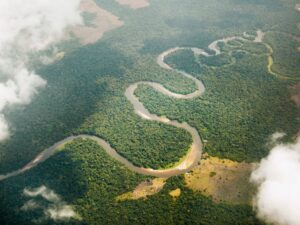 With its many tributaries, the Congo forms the continent’s largest network of navigable waterways. Navigability, however, is limited by an insurmountable obstacle: a series of 32 cataracts over the river’s lower course, including the famous Inga Falls.

These cataracts render the Congo unnavigable between the seaport of Matadi, at the head of the Congo estuary, and Malebo Pool, a lake like expansion of the river.

The Amazon and the Congo are the two great rivers of the world that flow out of equatorial zones where heavy rainfall occurs throughout all or almost all of the year.

Upstream from Malebo Pool, the Congo basin receives an average of about 60 inches (1,500 mm) of rain a year, of which more than one-fourth is discharged into the Atlantic. 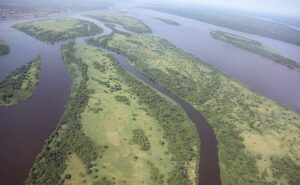 When the river first became known to Europeans at the end of the 15th century, they called it the Zaire, a corruption of a word that is variously given as nzari, nzali, njali, nzaddi, and niadi and that simply means “river” in local African languages.

It was only in the early years of the 18th century that the river was first called the “Rio Congo,” a name taken from the kingdom of Kongo that had been situated along the lower course of the river.

During the period (1971–97) when the Democratic Republic of the Congo was called Zaire, the government also renamed the river the Zaire. Even during that time, however, the river continued to be known throughout the world as the Congo.

To the literary-minded the river is evocative of the famous 1902 short story “Heart of Darkness” by Joseph Conrad. His book conjured up an atmosphere of foreboding, treachery, greed, and exploitation. Today, however, the Congo appears as the key to the economic development of the central African interior. 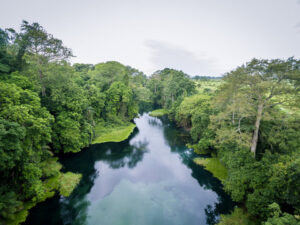