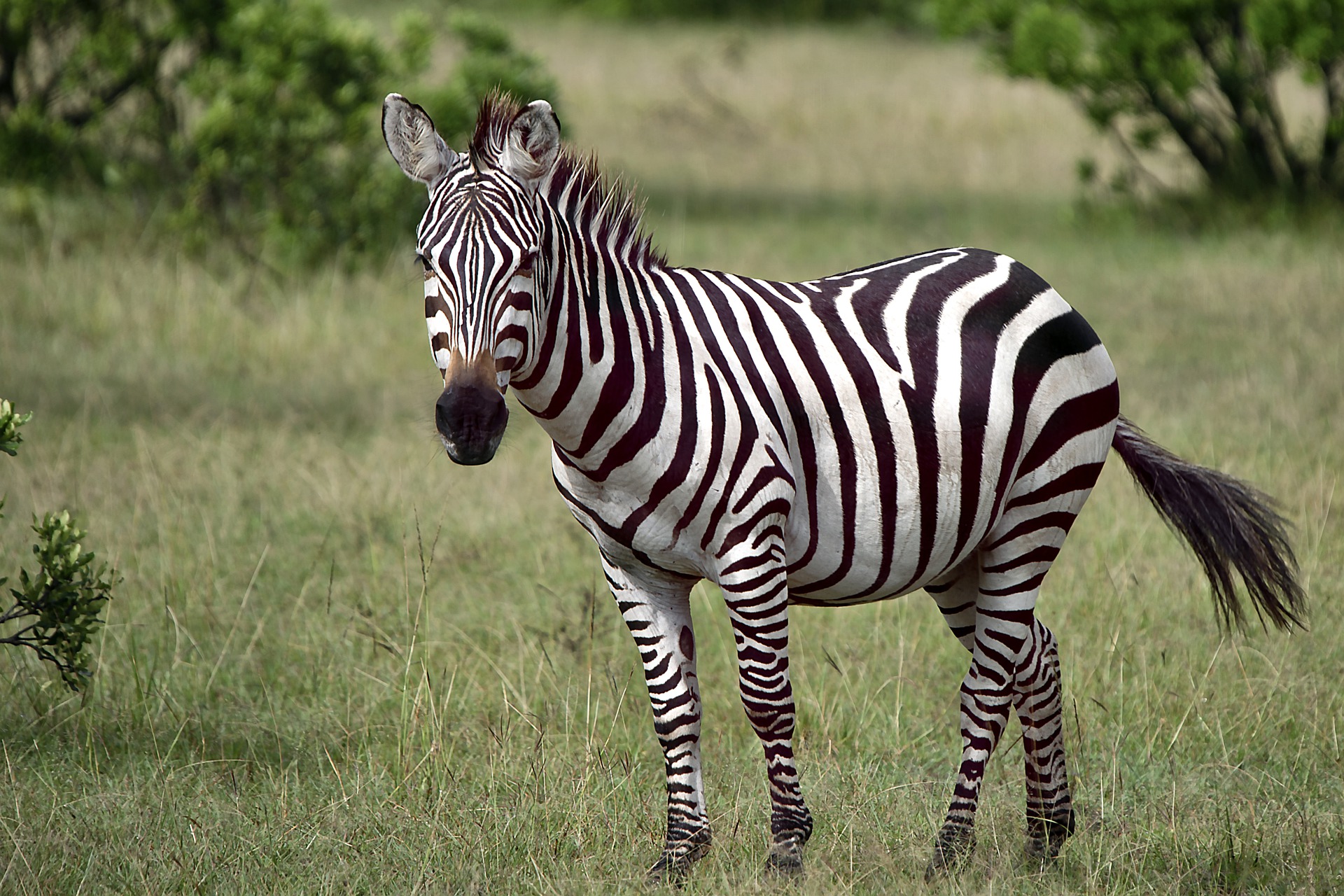 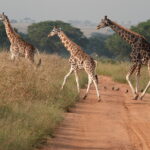 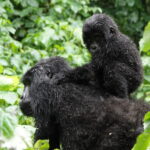 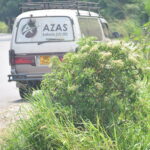 Accurate information on the best time to visit Uganda that will help you fix perfect calendar dates on your all-inclusive Azas safari Uganda itinerary.

Uganda is a fast-growing Azas safari Uganda that’s lately getting significant attention from the leisure travel world. Uganda has treasures no other place on earth can duplicate—an extraordinary legacy of the still primitive, still wild, yet accessible on a wide scale.

That legacy includes not only the mountain gorillas, big game, small game, birdlife, other fascinating life forms, and seeing the descent, unpretentious, friendly local people. It is a tremendous assemblage of wildlife, the spectacle, the chief drawing card for Uganda safari trips, and all happening on open plains, mountains, forests, and one to be concerned about the best time to visit this extraordinary legacy, it’s pretty understandable.

Uganda is part of the economically integrated East African Community (EAC), including pioneer safari destinations like Kenya, Tanzania, and fast-growing Rwanda. All these destinations share almost the same weather patterns, but as you move west into the higher altitudes, the weather gets cooler and wet in the mountains.

Carefully considering the weather patterns, altitudes of your selected destinations, and the activities that will engage you, you can get the best time for your Uganda Visit.

Let’s take a look month-by-month by weather and climate details.

By Weather and Climate

Like Kenya, DR Congo, and ten other countries, Uganda straddle the equator, which means a slight annual fluctuation in temperatures. The hottest average temperature rarely exceeds 29° Celcius (84° Fahrenheit) in the capital, Kampala, and environs.

However, as you head towards the northern regions of the country, the hottest day time temperatures average between 24-33° Celsius (52-91° Fahrenheit) with peaks up to 40° Celcius (104° Fahrenheit) in the extreme north towards Kidepo National Park. And this usually during January and February.

Sandwiched between the Rwenzori mountains, Virunga Massif, and the massive Lake Victoria, the southwestern region, where we find almost all significant parks, has two wet seasons. The first runs from mid-September through to November, and the second runs from March to May. But what you should note as you visit this region is that it can rain at any time of the day.

The Dry Season: June to August & December to February

June and July are the driest months in the southwestern region but expect to see some occasional rains because the area is mostly covered with rainforests. Unlike the southwest, these months form part of the Wet season in the northern regions. But if you’re heading to the far north, to Pian Upe or Kidepo Valley, the region is semi-arid and can experience droughts during this period.

Compared to June and July, most of the southwest region gets a little more rainfall in December, January, and February. But the north is clearly dry with little or no rain.

Why you should visit Uganda in Feb.

Compelling Reasons Why Feb is the Best Time

In general, December to January and June to August is the best time to visit Uganda on safari during the two dry seasons. The dry season is the best time for gorilla trekking in Uganda because the forest floors are less damp, trails are passable, and you’re sure you and your photography equipment will not get drenched in the torrential downpours. However, it would be best if you didn’t rule out rain because you’re hiking in a rainforest.

The dry season is also the best time to visit Uganda’s wildlife savannah reserves, when the skies are clear, less rain, more sunshine, and vegetation are less. The water holes are practically an animal magnet, and the animals gather around main water sources, making wildlife easier to spot. It is also the best time to take that boat launch safari on Kazinga Channel in Queen Elizabeth NP and on Victoria Nile in Murchison Falls NP.

The high or peak travel season in Uganda is usually the two dry seasons of June to September and December to January. Unlike Kenya and Tanzania, the savannah parks in Uganda during this time don’t feel as crowded, and you can almost privately enjoy vast savannah plains to yourself.

Uganda Wildlife Authority issues the gorilla permit for USD 700 per person and allows only eight people to visit each gorilla group. Uganda has 20 gorilla groups available for tourism and 2 more available for habituation experience. Therefore Uganda offers only 160 gorilla permits and 8 habituation permits per day. That’s a small number for an activity that gets heated attention, small enough to make you want to book the permit months ahead of your trip date.

Wet season: March to May and September to November

The wet season in Uganda is during two periods of March to May and September to November.

The wet season period of March to May has more downpour throughout the country and peaking in April in the southern region.

From March to May is not the best time to visit Uganda because rain can make navigating some trails difficult. But it does not rain throughout time, and some days have warm sunshine as well.

These months are commonly referred to as the months of short rains and are comparable to March, April, and May, but, on average, there is a bit less rain.

It’s low season (off-peak) in Uganda during Wet season. Hotels, Camps, and lodges charge lower rates because there’s less travel traffic. If you don’t mind a downpour once a day and are looking to travel on a budget, this is the best time to visit Uganda.

During the wet seasons is when the Pearl of Africa is at its most beautiful. Generally, the green vegetation illuminates the whole country showing off the most spectacular landscape features. Go southwest of the country, the highlands flash out enchanting emerald vegetation, and the snow-capped Rwenzori mountains of the moon decorate the western and southern borders. Photography is at its best, especially when the sun shines over the afternoons.

During the wet seasons, vegetation overgrows and animals spread all over the savannah plains like little dots on a map. Although wildlife in the savannah reserves is more challenging to spot during wet season, you’ll still see plenty of newborns and witness concomitant gut-wrenching thrills when hungry predators battle with vigilant mothers or snatch the helpless young.

Some of the roads get very bad, bridges are washed away by heavy rains, and cars often get stuck, especially in the gorilla mountains where roads are not yet paved with tarmac. The rainforest trails become damp, slippery, and challenging to hike.

For some savvy travelers with a thrill of adventure, November is the best time for gorilla trekking in Uganda because this is when the mountain gorillas don’t forage too far from the trailheads. The gorillas can find food easily and prefer to stay in lower altitudes to avoid the freezing temperatures up. In other words, gorilla trekking is easier in November, ignoring that it could be raining.

Is the odious jungle trek to see gorillas really worth it?

Find out if gorilla trekking in Uganda is worth it

It’s important to note that you won’t be able to change your expensive gorilla permit if it pours with rain and you chose not to trek. The UWA officials stick to departure times and go as scheduled.

No matter your preferences, it is apparent that Uganda’s wilderness is extremely variable, making it difficult to choose the best time to visit the Pearl of Africa. Destination Uganda will connect you directly to a local operator with ground knowledge on everything you need for your Uganda safari trip combining the elements you prefer in one trip. They will offer outstanding assistance and convenience by their expert knowledge of the region and network of reliable accommodation suppliers, logistical team partners, guides, and ranger informants who make it possible to offer unrivaled service in crafting the best possible solution to your preferred style of travel.