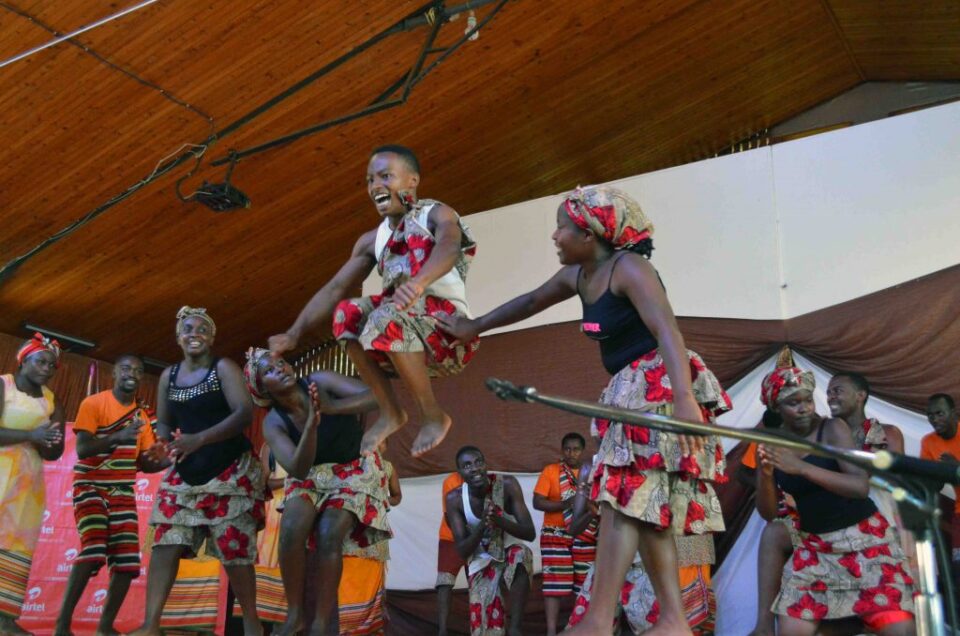 The bakiga traditional dance called “Ekizino,” is what most Banyakigezi proudly call their own traditional form of entertainment.

Ekizino is a royal dance from the Bakiga people of Kigezi (now Kabale, Kanungu, Kisoro and Rukungiri Districts) also known as “The Switzerland of Africa” because of its weather and landscape similar to most European countries. Temperatures at night readily drop to 4°C – 10°C.

Have you ever visited Kigezi region? If yes, you must have encountered an energetic dance performed by the locals.

With a lot of vigor and energy, the Banyakigezi will give you a once in a lifetime treat that will live on in your memory.

According to Levi Bigirimana, the director of Abakindamondo cultural performers, this historical dance was in the past associated with important societal functions.

“Whenever people had events like giveaways, weddings and other events, they would dance as a sign of happiness and joy about the achievements,” says Bigirimana. Important messages would also be passed through some of these performances.

“Messages of encouragement and inspiration contained in these songs can be of great value to the audience.

A girl who was getting married would be advised on how to handle her newly found life through some of these songs,” adds Bigirimana.

Nelson Twakiire, a cultural promoter in the region says that Ekizino dance is something the region feels represents their energy and hard work as Banyakigezi .

“Ekizino would be danced during harvest time when people were celebrating the efforts of their hard work.

After a successful production of sorghum, one would prepare local brew then invite friends and family members to his home.

After eating and drinking, they would immediately start the energetic dance as a sign of appreciation,” says Twakiire.

After a successful hunt, locals would also find it hard to avoid this interesting dance.

“Kigezi was a bushy land with a lot of animals in the past. People would go hunt for them and whenever they succeeded, the animal would be slaughtered and after eating it,

they would find themselves in a mood of dancing,” says Twakiire. Dancing with a lot of energy and sweating is irresistible in Ekizino and to the locals this is a true reflection of their charisma.

If you cannot dance with vigor then you are not a real Munyakigezi,” says Twakiire. 79 year Old Andrew Baryampika, the director Kigezi Cultural dancers says that for a successful performance of Ekizino, the props and costumes of traditional times must be respected.

“Traditional drums, hides and skins were part of what was expected to be used in dancing ekizino. If you do not have this then you are dancing to something else,” says Baryampika.

Baryampika adds that Ekizino can be performed by all ages as long as they are well groomed to exercise it.

“Even young people who grew up seeing their parents dancing to this style could keep learning how to do it until they got perfect in dancing.

” Ekizino’s current survival is not predictable since it is being replaced by modern dances however elders believe that if the government empowered cultural conservation, some of these valuable historical performances would not die out.

“There is a great need to support the existing traditional groups and museums so that some of these historical valuables keep intact.

If we keep losing such invaluable aspects of our livelihood, our heritage and pride will die,” says Buryampika.

Currently, Ekizino can be experienced by hiring a traditional performing group which goes for around 300,000 UGX  for a day’s performance.

Tourists who visit the region during gorilla safaris can get a feel of these dances on request to their tour guides or if they get a chance of attending some of the events that have cultural performances.

The next time you visit Kigezi region consider a taste of Ekizino dance.