Acholi People and their Culture 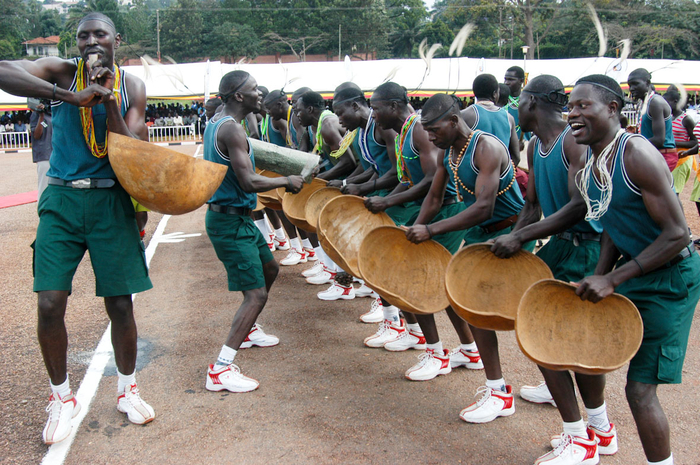 Acholi people also known as Acoli is an ethnic group from the districts of Agago, Amuru, Gulu, Kitgum, Nwoya, Lamwo, and Pader in Northern Uganda (an area commonly referred to as Acholiland), and Magwe County in South Sudan. The Acholi language is a Western Nilotic language, classified as Luo, and is mutually intelligible with Lango and other Luo languages. Its current population is estimated to be around 600,000 individuals or four per cent of the total national population. History of the Acholi
The Acholi are a Luo people, who are said to have come to northern Uganda from the area now known as Bahr el Ghazal in South Sudan. Starting in the late seventeenth century, a new sociopolitical order developed among the Luo of northern Uganda, mainly characterized by the formation of chiefdoms headed by Rwodi (sg. Rwot, ‘ruler’). By the mid-nineteenth century, about 60 small chiefdoms existed in eastern Acholiland. During the second half of the nineteenth century Arabic-speaking traders from the north started to call them Shooli, a term which transformed into ‘Acholi’.

Their traditional dwelling-places were circular huts with a high peak, furnished with a mud sleeping-platform, jars of grain and a sunk fireplace, with the walls daubed with mud and decorated with geometrical or conventional designs in red, white or grey. They were skilled hunters, using nets and spears, and kept goats, sheep and cattle. In war they used spears and long, narrow shields of giraffe or ox hide.

During Uganda’s colonial period, the British encouraged political and economic development in the south of the country, in particular among the Baganda. In contrast, the Acholi and other northern ethnic groups supplied much of the national manual labor and came to comprise a majority of the military, creating what some have called a “military ethnocracy”. This reached its height with the coup d’état of Acholi General Tito Okello in June 1985 (thus terminating the second regime of Milton Obote), and came to a crashing end with the defeat of Okello and the Acholi-dominated Uganda National Liberation Army by the National Resistance Army led by now-President Yoweri Museveni in January 1986.

The Acholi are known to the outside world mainly because of the insurgency of the Lord’s Resistance Army (LRA) led by Joseph Kony, an Acholi from Gulu. The activities of the LRA have been devastating within Acholiland (though they spread also to neighboring districts and countries). In September 1996 the government of Uganda put in place a policy of forced displacement of the Acholi in the Gulu district into displacement camps. Since 1996 this policy has expanded to encompass the entire rural Acholi population of four districts, one million people.